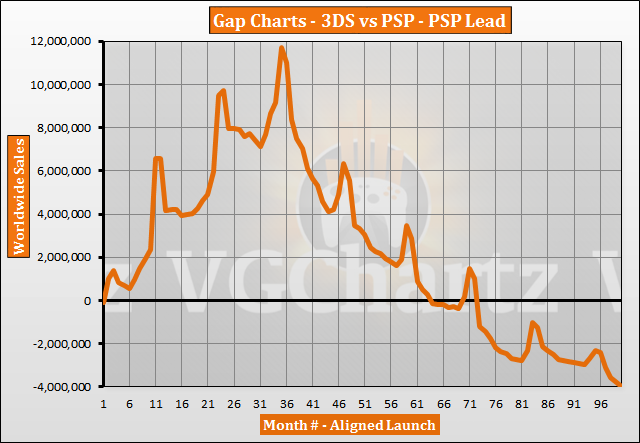 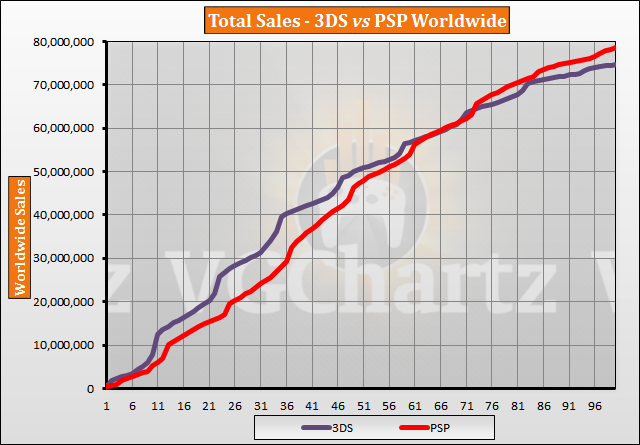 In the latest month the gap grew by 227,998 units in favor of the PSP when compared to the 3DS. In the last 12 months the PSP has increased its lead by 1.26 million units. The PSP currently leads by 3.97 million units.

As time passes it is looking unlikely the Nintendo 3DS will surpass the lifetime sales of the PSP.

GO PSP for the win

Pretty sure that PSP number is from 2 years before it was discontinued and the actual number is around 80 million.