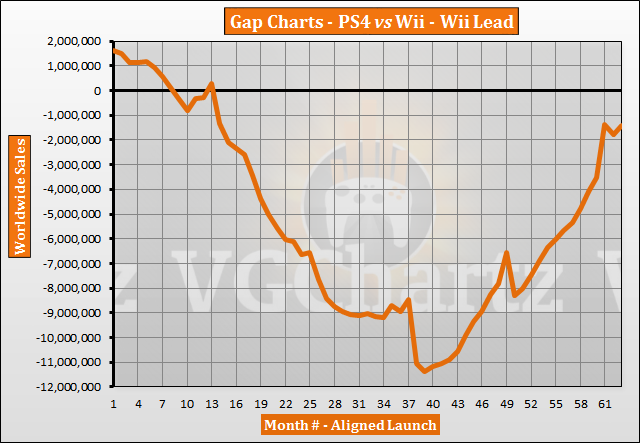 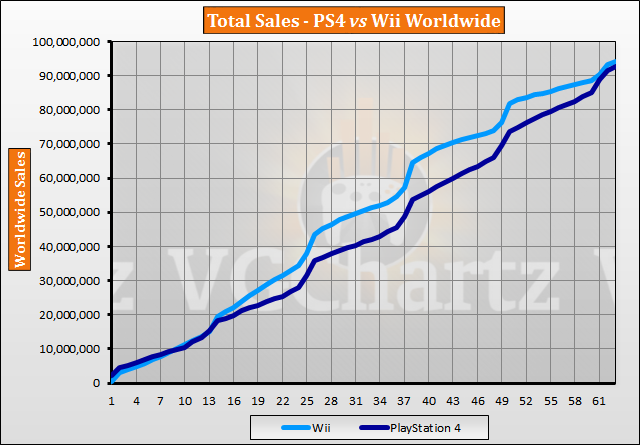 January 2019 is the 63rd month that the PlayStation 4 has been available for. During the latest month the gap grew in favor of the PS4 when compared with the Wii during the same timeframe. The gap decreased by 364,427 units in the last month. In the last 12 months the PlayStation 4 has closed the gap by 6.62 million units. The Wii currently leads by 1.41 million units.

I thought the Wii was already dead this far (into its 6 year) into its life span?

The wii sold just over 5m units in 2012, ending at 98+m. Ps4 should comfortably surpass the wii in the nexxt couple months and also the wii and PS1 Ltd sales before the end of the year.

Skyward Sword came out towards the end, but that mattered little.

PS4 closed a 11M gap. This is only possible because the Wii did not move much anymore.

When people say it was"dead", it's somewhat of a metaphor. It's sales declined rapidly, especially compared to how great they were in the first few years. The Wii still had a tail end, but it wasn't impressive in the slightest.

The PS4, by contrast, will have an extremely healthy tail end.

Yeah, the Wii really slowed down towards the end and the PS4 has no signs of slowing, I can barely keep it on the shelf.

Well, the PS4 does slow down, but nowhere near as fast or as much as the Wii did