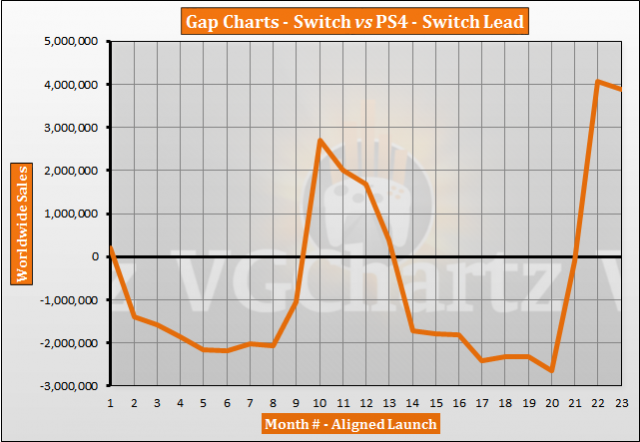 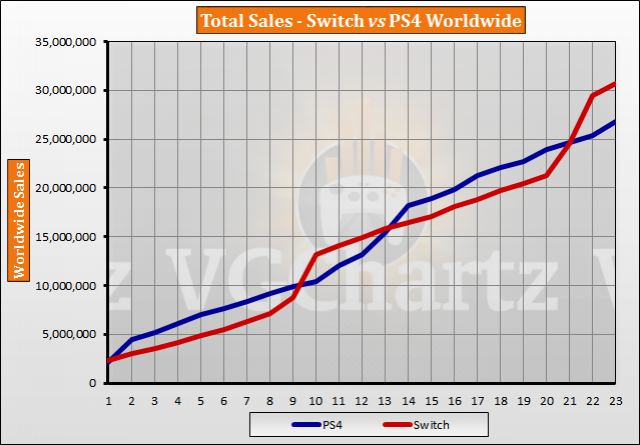 The 23rd month on sale for the Nintendo Switch is January 2019, while for the PlayStation 4 it is September 2015.

So, Ps4 will overtake Switch again in 2-3 months?

Looks like the Switch can stay in the lead another month

As long as Switch averages over 200k/week in Feb/March it will hold the lead for 2 more months. It will definitely fall behind 3 months from now though.