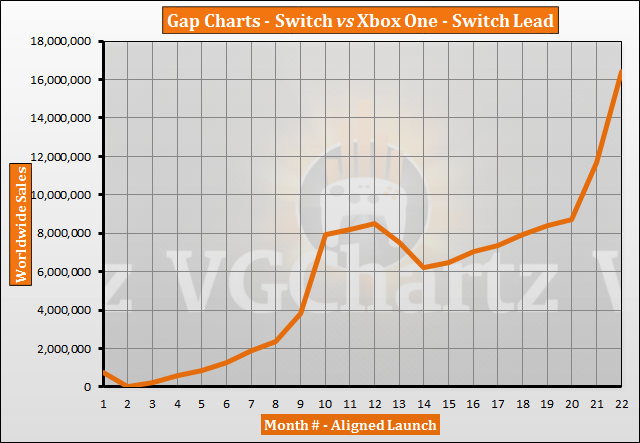 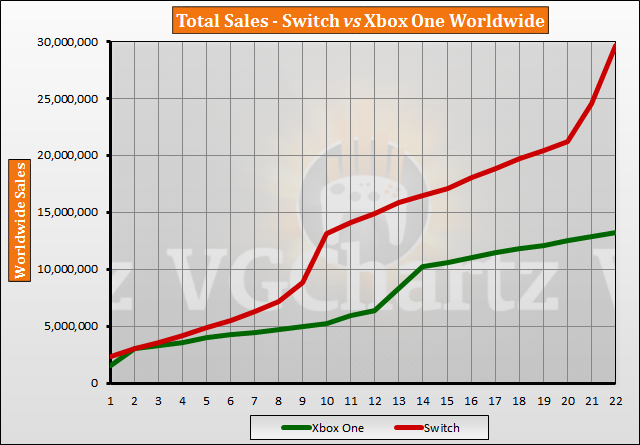 I'm waiting for the line to get into a quasi 90 degree progression.

I think an argument could be made it already has. Maybe it will get so extreme it will exceed 90 degrees and start going backwards into previous months.

I think Switch will outsell XOne before 2020.

Nintendo are on fire!

Curious to see how well the X1 sells with 4 1st party games due out in 2019. Switch will over take very soon especially with next gen X2 most likely announced in June E3

What are the 4 games?

Crackdown 3, Ori Will of the Wisp, Battletoads and Gear 5. Maybe more not sure.

Yeah, nothing interesting here. As Switch probably overtake XB1 lifetime sales this year, the graph will never look any different.

curbstomp with a little speedbump