Before Finnish developer Frozenbyte branched out with games like Has-Been Heroes and Nine Parchments, it made a name for itself in 2009 with Trine. A physics-based puzzle-platformer, Trine was re-released in 2014 with updated graphics and, for the first time, online multiplayer. This Enchanted Edition landed on Switch this month, and it's just as gorgeous and physically-inventive as ever—although it suffers from repetitive enemy encounters and forgettable bosses.

Set in a medieval kingdom where a vacant throne has led to political infighting and dark, negative feelings—which, in turn, have coalesced to conjure the bones of the dead into the land of the living—Trine Enchanted Edition follows three unlikely heroes: Zoya the thief, Amadeus the wizard, and Pontius the knight. While exploring the Astral Academy, each for his or her own purposes, all three inadvertently place their hands on an ancient artifact—the eponymous Trine—and in so doing merge their souls. Soon, the threesome is off to unravel the mystery of the Trine and, maybe, salvage the kingdom while they're at it. 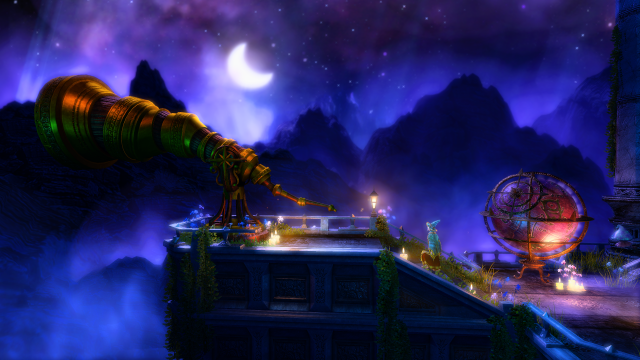 The story in Trine Enchanted Edition is straightforward but effective, thanks to charismatic narration by Terry Wilton, who introduces and concludes the game and provides some narrative connective tissues between each level. His dulcet voice is joined by those of Vicky Krueger, Kevin Howarth, and Brian Bowles, which bring to life Zoya, Amadeus, and Pontius, respectively. How these formerly selfish characters come together (literally) to bring meaning to their lives helps elevate a traditional, by-the-book fantasy storyline.

If the plot in Trine Enchanted Edition is traditional, its general gameplay is decidedly unconventional. Through a series of fifteen side-scrolling levels (and a sixteenth bonus level, included in this special edition), one to three players will control the trinity of heroes as they battle skeletons, explore ruins, and leverage the game's physics engine to devise clever solutions to environmental roadblocks, hazards, and seemingly impassable stretches. While there are many moments of reflex-based fighting and platforming, there are also multiple areas where players will need to slow down, breathe, and use their brain power to find a way forward. 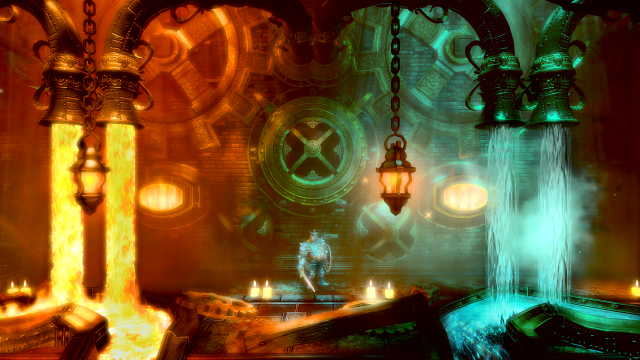 It's a satisfying mix of action and adventure-style problem-solving, further buttressed by a character swap mechanic whereby single players control all three heroes (or groups of two or three players share the heroes). Furthermore, each character has a unique set of skills: Zoya shoots arrows and uses a grappling hook to swing from wooden surfaces; Amadeus uses magic to summon metal boxes and planks; and Pontius swings a large sword and deploys a large shield to block harmful projectiles. Think of the Trine as a Swiss Army Knife—a multi-tool featuring three characters with abilities useful in specific conditions.

So, a great deal of the fun of Trine Enchanted Edition comes not from simply overcoming the physical trials of the game's forests, catacombs, villages, and swamps, but from crafting unlikely or ingenious solutions to them. Take a random encounter with a skeleton archer. Do you activate Zoya and fire a volley of arrows? Or do you summon Pontius and use his shield to deflect a fireball coming from the ceiling? Maybe you task Amadeus to summon a box above the enemy's head and bring it crashing down upon him. There's great freedom in this puzzle-platformer to forge your own path. 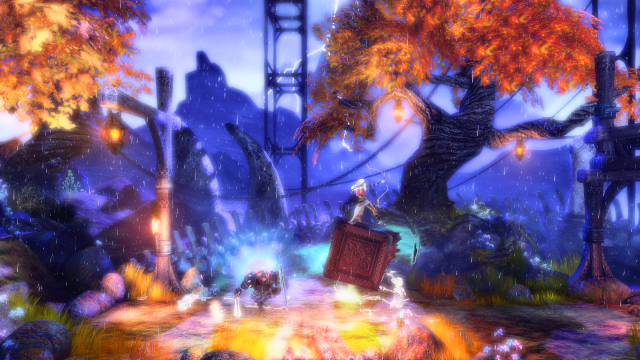 It might not always be your path to tread, however. Trine Enchanted Edition supports online, local, and wireless multiplayer for up to three players, so a group of friends can get in on the fun. You can search online for lobbies based on level, difficulty, and latency, or just grab a bunch of Joy-Cons or Pro Controllers and adventure together on the couch. Journeying across the game's kingdom-in-chaos is enjoyable solo, but this is a title meant for co-op play.

Partnering with another player or two will make it easier to reach many hidden collectibles and items scattered across each of the 16 levels. Almost every stage has a collection of experience point orbs, stashed away in inaccessible spots or found inside defeated enemies, plus one or two treasure chests hiding powerful artifacts, armor, and skills. By pressing the minus button, players can bring up inventory and skills menus, to upgrade special powers for each hero (e.g., fire bow for Zoya and storm hammer for Amadeus) and equip tokens like Amulet of Mana Gain and bracers. So, while Trine Enchanted Edition is rather short—six to eight hours—it offers up rewards for replaying levels. 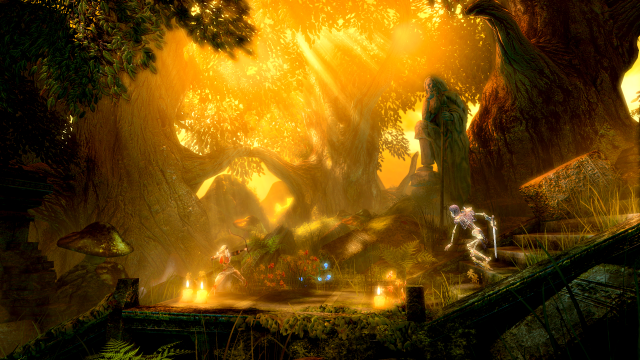 Where the game is less rewarding—downright stingy, in fact—is enemy variety. While there are some poison-spewing spiders to be found in Trine Enchanted Edition, the vast majority of monsters here are skeletons. Facing off against groups of samey skeletons for 16 levels just isn't very engaging, even if the satisfying crunch of broken bones never gets old. While Frozenbyte attempts to stave off tedium with different types—there are shield-carrying varieties and fire-breathing forms—there is only so much you can do with a single, boring enemy.

Boss battles are, similarly, a missed opportunity. Throughout the game, several mid-stage bosses will appear, either in the form of a giant skeleton or a large lizard-man. These encounters aren't especially creative or rewarding. Trine Enchanted Edition could rate even higher with an interesting collection of boss battles, although its end-of-game Metroid-esque vertical climb above rising lava is a fine substitute. 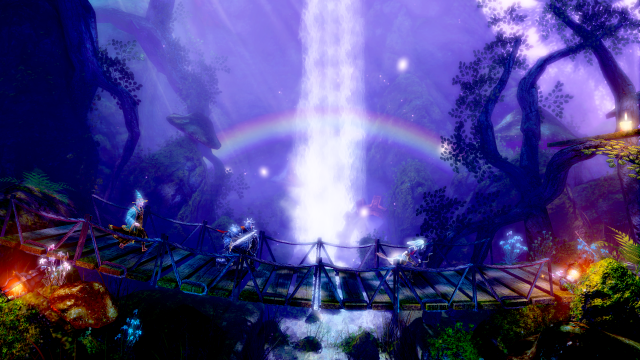 Where the game is basically unimpeachable is in the areas of graphics and music. Using the graphics engine from Trine 2 and leaning heavily on vibrant colors and extraordinarily-detailed backgrounds, Trine Enchanted Edition looks gorgeous—even for a title four years old. Its soundtrack, composed and produced by Ari Pulkkinen, is magnificent, with relaxing Renaissance-style music.

This review is based on a digital copy of Trine Enchanted Edition for the NS, provided by the publisher. 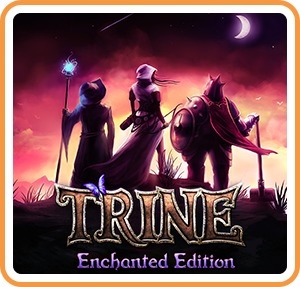