Few things are as alien and inhospitable as a derelict space station drifting aimlessly, noiselessly through the inky, empty vastness of space. It's a terrific setting for a science-fiction or horror tale, and first-person action-adventure game Downward Spiral: Horus Station knows it. Part 2001: A Space Odyssey, part Dead Space, Horus Station — the first of a planned anthology series — owns some striking sci-fi ideas, impressive zero-gravity controls, and thick, tense atmosphere (strengthened by a menacing electronic soundtrack from HIM frontman Ville Valo), but suffers from repetitive tasks, enemies, and stage layouts, a missing sense of progression and geography, and incoherent, evasive storytelling.

The story in Horus Station is purposefully — and sometimes bewilderingly — vague. An astronaut wakes up on the Horus space station after a catastrophic event. Sections of the installation have broken apart, entire areas are on lockdown, and hostile security robots run amok. As the nameless, faceless hero pulls the station back together, destroys rampaging robots, and re-engages a host of deactivated systems, more information about Horus and its extraterrestrial purpose comes into view. Even so, that "more" information is, by the end of the adventure, insufficient. 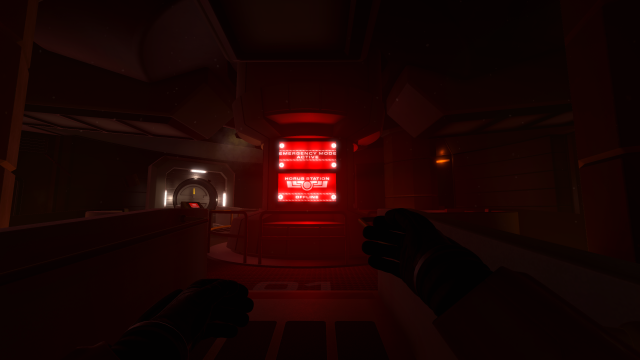 Developer 3rd Eye Studios deserves much respect for opting for environmental storytelling in its zero-gravity thriller, and in the process skipping cinematic cut-scenes, but the game's vagueness come at a price: an often incomprehensible storyline that leaves the player with a nagging question by the time the end credits roll — did I miss something?

As you decipher the game's abstruse story, you'll explore the multi-chambered station in zero-g, fight off murderous robots, and solve a few simple puzzles. Navigation without gravity is the principal joy of Horus Station, thanks to a clever control scheme where players can extend a hand by pressing up on the left control stick, grasp a nearby bulkhead or console, and launch forward simply by releasing the stick. At first, it's a bit daunting, but after a few minutes it becomes a responsive, liberating experience — even better, ostensibly, in the optional VR mode. 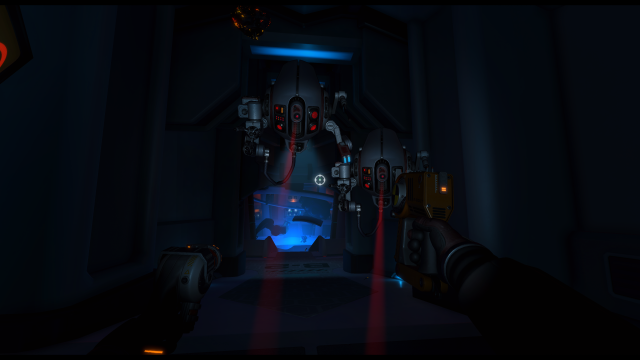 Shooting is worthwhile also, mainly because of a surprisingly diverse arsenal of firearms. Among them: an introductory pea-shooter, a semi-auto pistol, a scattershot gun, a sniper weapon, and several more. Players can equip weapons in either the right or left hand (the same goes for a hookshot device and a portable motor, which make mid-air navigation easier). While Horus Station's armory and shooting mechanics are solid, its enemy encounters are decidedly less impressive. The same rival robots appear again and again, and attack in similar patterns. Basically, if you unholster your weapon early, you're likely to win. If the floating foes fire first, it's probably game over — which means a quick reset at a nearby checkpoint, with all your progress intact. Overall, firefights aren't nearly tactical enough and fall on the repetitive side.

Repetition also infects the game's objective and level designs. The Horus space station has a samey look, with Kubrick-esque tunnels, bulkheads, hallways, and doorways having a similar appearance. Objectives tend to repeat as well: locate key card, insert fuel rod, navigate across open space. There are a few mechanically interesting sequences, like manually docking two large parts of the station or deactivating a large, patrolling security bot, but for the majority of the game, players will settle into a monotonous groove. 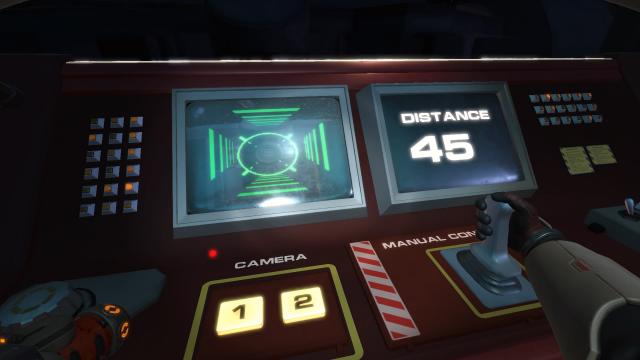 Objective design suffers not only from uninvolving quests but a general confusion over progress and place. As you hover around the Horus installation, it's not uncommon to be unclear about where you are in proximity to other key points in the station, what you're meant to be doing, and why exactly you're doing it in the first place. There are maps and monitors throughout Horus that flash information, but rarely do they provide insight into how far you've come and how much is left ahead. Again, vague instructions and oblique storytelling can be a gift, particularly in a cerebral sci-fi setting, but 3rd Eye Studios strays too far into the incomprehensible.

In addition to the four-hour campaign, which can be played solo or in online co-op, and in one of two modes — "engage," a traditional adventure, or "explore," which removes any hostile threats — Horus Station offers up deathmatch and horde via online multiplayer, staged in environments from the story and populated with its weapons. Unfortunately, online lobbies were vacant pre-launch. 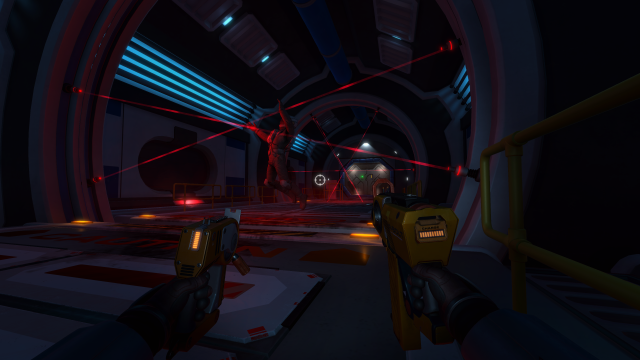 A game like Horus Station isn't about graphical fidelity; it's about atmosphere. Judged by that metric, the game succeeds, even if its textures and lighting are merely middling. Valo's ambient soundtrack is the real star here, anyway. It sets the hazardous, unexplained mood perfectly, and strings you along to the final frame.

For all its atmospheric feats, Horus Station struggles to break orbit. Every good sci-fi idea and engaging mechanic is paired with a repetitive process or confusing narrative. Armed with better enemy AI, more complex puzzles, and a fleshed-out story, the game could make a mark on the genre. Hopefully future titles in the anthology series will succeed where this game falters.

This review is based on a digital copy of Downward Spiral: Horus Station for the PS4, provided by the publisher.

You bring me CLOSER to god!

Due to the number of new games we hardly ever do PORT reviews, though I am currently in the process of one as I speak... 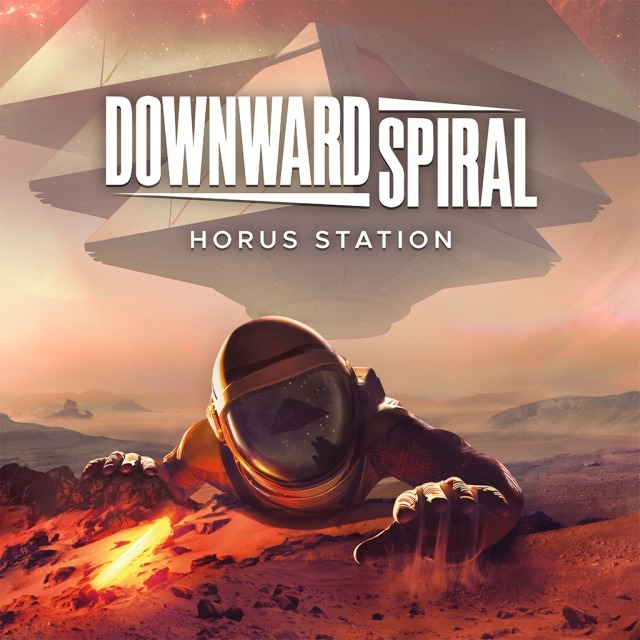