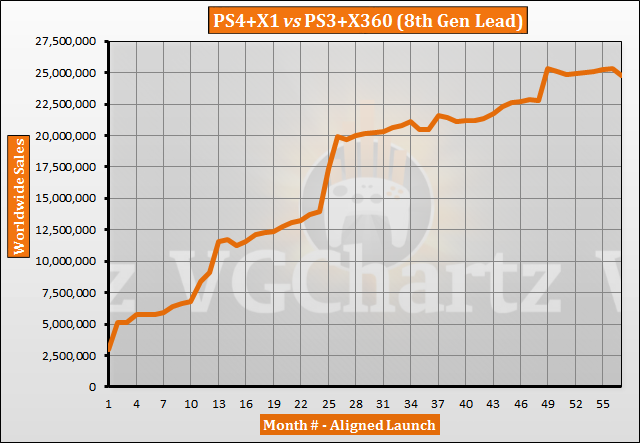 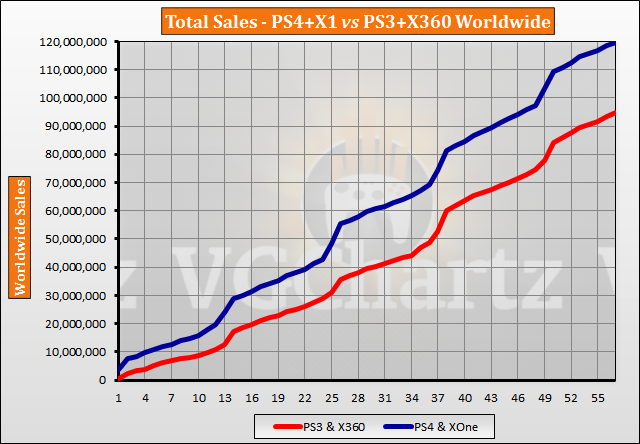 Looking like it's about to level out and the gap might start closing. I think this is about where the Kinect would release for 360, things could get interesting soon. With both PS4 and XB1 past their prime, and XB1 not likely to contribute all that much more to the total, and the successors to probably be releasing in a couple of years, this might be much closer than we expect it to be.

I believe PS2 + XBox is more comparable to PS4 + XBox1. The PS3 + XBox360 has a lower total, because some of these people bought a Wii instead.

PS2+XBOG is only 9 million higher than PS3+360. As such, either comparison would be interesting, but I'd rather see PS3+360 because it shows a more relevant trend of the two most closely competing consoles.

Considering that XB1 will
Likely finish it’s LT sales at ~30 million less than either PS3 or 360, these numbers bode very well for PS4’s LT sales.