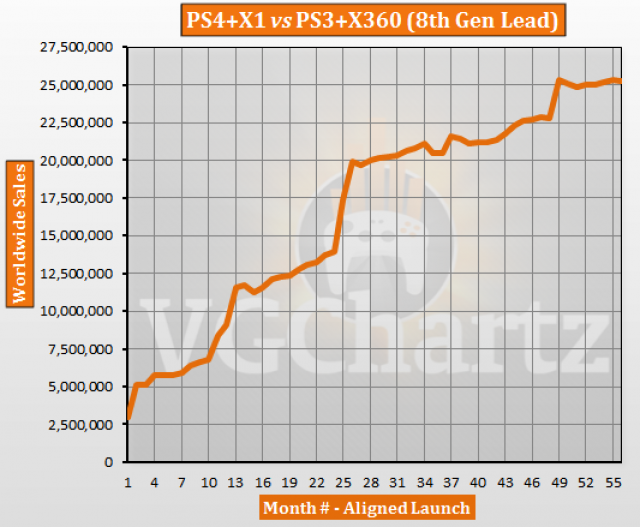 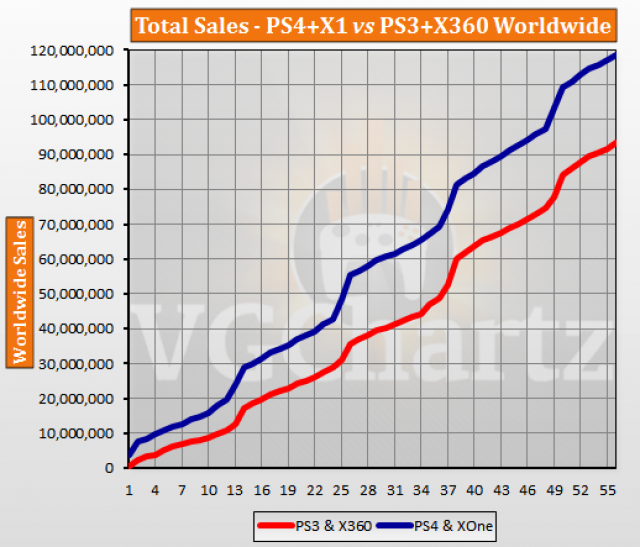 Would imagine this will finish fairly even. If we're saying PS3/360 combined ended at circa 170M (85M each). I reckon PS4 is likely to just about hit 120M at end of lifecycle. Leaves the One to achieve 50M which, if this year is anything to go by, is more than achievable.

Whichever way this goes, there's not going to be a whole lot between them. I'm gonna plump for 8th (current) gen just about nicking it.

The beginning of the end for the 8th generation :D

The beginning of the end for the 8th generation :D

PS4 pulling way more weight here than the XBOX ONE

8th generation huge 25 million lead is all thanks to the 80+ million sales of the PS4.