The Persistence is Dead Space, wrapped in the mechanics of a rogue-like — permadeath and procedurally-generated levels — and made alarmingly real via first-person virtual reality. The developers at Firesprite, some formerly of SCE Studio Liverpool (and before it Psygnosis), have turned in a solid, replayable stealth horror game with a host of virtual reality options for experts and neophytes alike. While it doesn't break the mold for VR horror games, and its rogue-like randomness results in some infrequent difficulty spikes, the game is nevertheless scary, habit-forming, and substantial — and one of the better games exclusive to Sony's PSVR add-on.

The game is set aboard The Persistence, a colony ship that suffers a "spark gap event" during a hyperspace jump. It ends up next to a black hole, damaging the ship and corrupting its Clone Printer, which now pumps out mutated copies of the dead crew. As Security Officer Zimri Eder — well, a cloned copy of Zimri, to be precise — you must sneak past or confront these mutants, get the ship's engines back on line, and somehow return The Persistence to Earth. 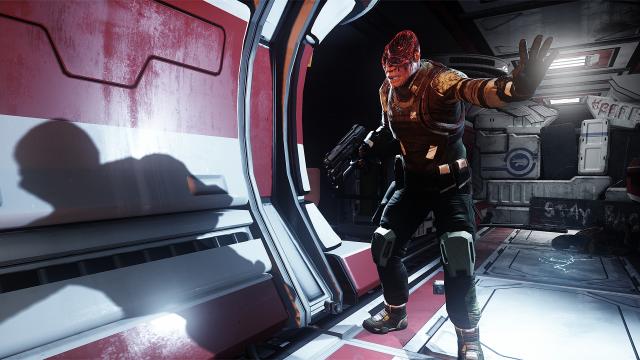 The story and setting in The Persistence are interesting enough, if a bit derivative — there are pieces of Alien, Event Horizon, Pandorum, and many other sci-fi horror tales embedded throughout. Where the narrative works especially well is how it justifies and explains away the game's rogue-like mechanics. When Zimri dies, she is simply remade in a cloning stall. When the ship's levels shift via procedural generation, it was made so by the reality distortions of the black hole.

At its heart, The Persistence is a first-person survival-horror/stealth-action game. You'll move through dozens of rooms and several decks of the ship, completing missions, and trying your best not to fall victim to increasingly dangerous mutants. All of this recurs according to a rogue-like loop, where death is permanent but certain upgrades remain after death. By collecting stem cells, Erebus Tokens, and FAB chips, players can upgrade their core stats at the DNA sequencer, create new suits and upgraded items at the gear fabricator, and unlock and eventually upgrade 17 weapons at weapon fabricators scattered across the derelict ship. 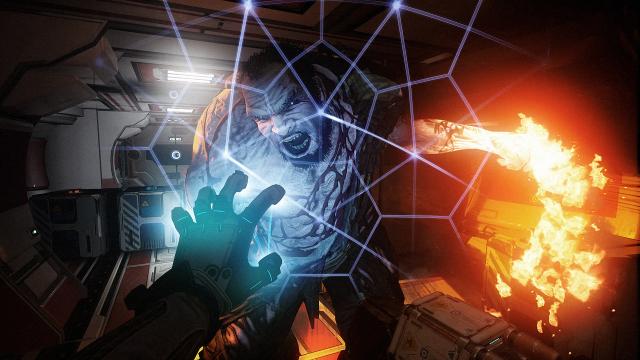 These persistent upgrades are essential, as enemies hit hard and death comes easily. Stealth is a life-saver in the game's early hours, as is "supersense," a special view mode activated by the triangle button that outlines dangers in bright red. With enough stem cells, Erebus Tokens, and FAB chips, players can create unique suits with found schematics, upgrade supersense, and unlock powerful firearms — but, as with most rogue-likes, an unlucky random generation could kill you despite your new toys and erase some hard-won progress.

Even as death comes early and often, it's easy to become a glutton for punishment. The best rogue-likes operate in a middle space between punishing and rewarding, and The Persistence manages to ride that line. Each run, even those that fail, brings with it credits to bolster your clone body and, importantly, knowledge of enemy attacks and tells. 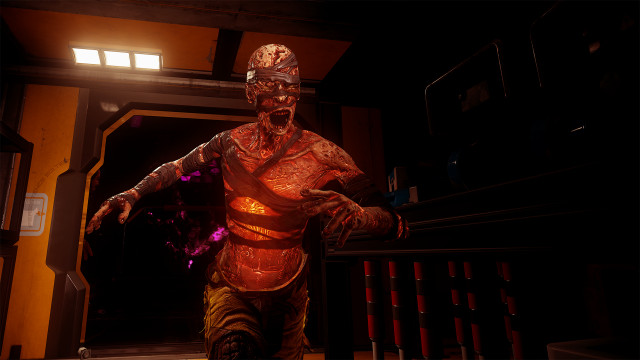 It also helps that longer play sessions are possible, thanks to Firesprite's commitment to VR comfort. There are three control presets in the game — standard, comfort, and snap — each tailored to a different demographic. Standard is your typical first-person set-up, ideal for VR vets. Comfort is designed to minimize simulation sickness, by making adjustments in character rotation and acceleration. Snap is the friendliest of the bunch; it maximizes all of the anti-sickness mechanics of "comfort" and locks camera rotation to 90 degree turns.

Apart from several VR control options, The Persistence boasts a rather unique feature: compatibility with a mobile/tablet companion app that allows a bit of couch co-op (or counter-op, depending on your friends' goodwill). Using the app, your partner can freeze and tag enemies, locate traps, and open doors. Alternatively, he or she can hinder you. It's a neat addition, although the game is perfectly playable and enjoyable without it. 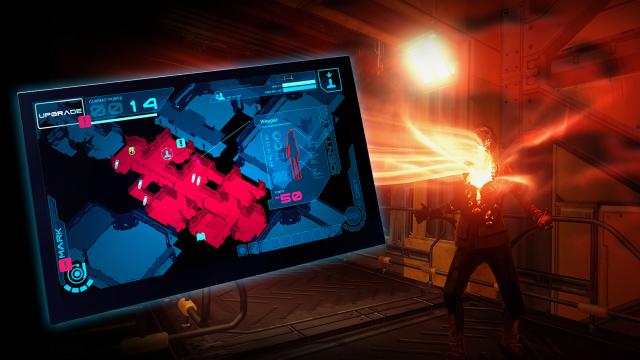 For all its VR customization options, The Persistence doesn't look great in virtual reality. Many of the textures are basic, the ship's rooms and passageways can feel samey, and the whole production suffers from a grainy effect that's especially noticeable on the standard PS4. Another drawback is the lack of Move controller support. While this horror game plays fine with a standard DualShock controller, it's difficult not to pine for the immersive, tactile controls provided by Sony's bulbous motion wand.

Where Firesprite misses somewhat with graphical fidelity and controller options, it hits hard with sound design. The monstrous moans of mutants and the creaking bulkheads of The Persistence create a feeling of impending danger and a sense of place. Combined with first-person VR, the ship becomes a crucible of fear and dread.

The Persistence, ultimately, is a fine example of both a rinse-and-repeat rogue-like and a first-person horror game. It's spooky, often addicting, and packed with content — a complete playthrough will take between eight and ten hours, at which point you'll unlock a more challenging Survival Mode. Its VR comfort options and companion app offset a general lack of innovation and help mitigate the rare randomly-generated difficulty spike and some inferior graphics. PSVR owners: add this to your collection.

This review is based on a digital copy of The Persistence for the PS4, provided by the publisher.

I am still wondering, why do reviewers hold VR games to such an incredibly higher standard?

For example the last thing this reviewer says is "PSVR owners: add this to your collection.", and then he literally right after goes on to give it a 7.

And before the nonsense 'but 5 is average, and 7 is good' argument, then please do realise it's an incredibly high accolade for any game when you tell the owners of the platform to get the game.

So the 7 score just doesn't make sense when you end your review with something like this, but then again. it's a VR game, so it MUST change and reinvent the gaming landscape completely in order to get something like a 9.

Thanks for your comment. I appreciate your frustration. So, basically this scenario is the result of two things. First, our scoring system is conservative. On OpenCritic VGChartz awards an average score of 63, where IGN, for example, awards a 76. On this site, 8s are reserved for GOTY contenders and 9s for generational greats, and therefore are relatively rare. I’ve written 140+ reviews and given out only three “9” scores. So a 7 IS a really good score to us. Also note that because we don’t use half intervals there is a bit of wiggle room for each solid number; in the case of The Persistence, this is a strong 7. Second, at the moment and in my opinion, yes, PSVR games have a ceiling. The best PSVR game I’ve played is REVII and I’d give that title a 8/10. So while a strong 7 might not be essential for regular PS4 owners, it’s closing in on a must-buy when compared to the current pool of PSVR exclusives.

To add to what Evan/Vek said, an 8 in our system would make it a contender for one or more of our GotY Awards, so it really is a high bar to cross.

The demo for this was great already. Will buy for sure!

Sounds interesting. And from the WipEout guys too. If I ever buy a PSVR I'll get this. 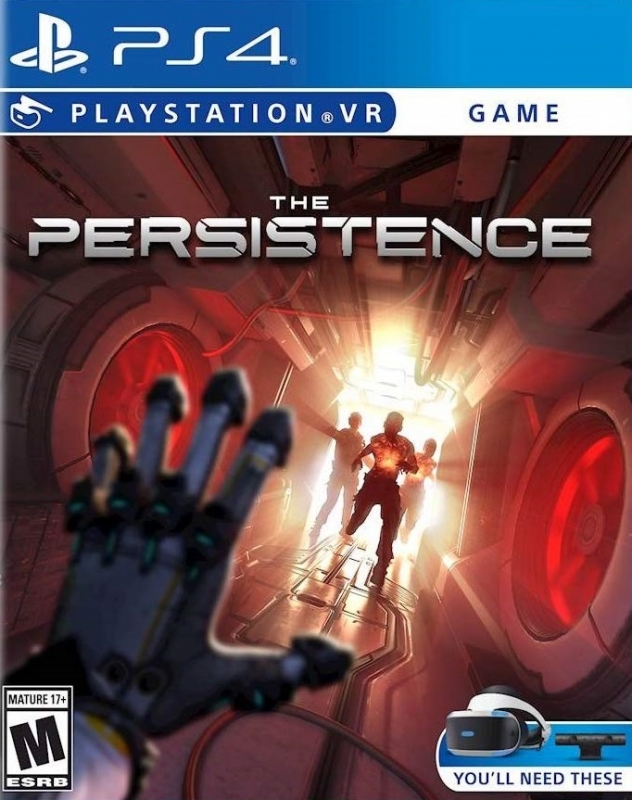