After a little bit of a break (I've struggled to get answers from the last few developers I've asked - they've all been too busy!), I managed to land a new interview with a long-time resident of Vita Island dating way back to the PlayStation Mobile days - Dugan from Tikipod Games, creators of Aqua Kitty and Rock Boshers, as well as newer titles such as Iron Crypticle.

I took the opportunity to ask about the studio's history on Sony's handheld (including whether PSM was a viable platform for the developer), as well as the inspiration behind its retro-styled games and some of the work it's done as a studio-for-hire on art assets. What I wasn't expecting was to get a small scoop on the developer's future projects, and hopefully we'll hear a little more about the team's final Vita release in the coming months! 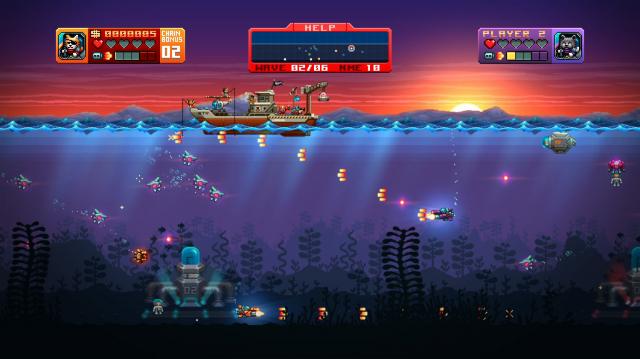 First off, tell me a little bit about yourselves! Who makes up Tikipod and what do you all do?

Hello, I do the day-to-day running of Tikipod as well as a mix of art as design. The company is not a traditional type with staff all in one location, instead it develops games in collaboration with other senior developers as and when they are available.

Can you tell me about the history of your studio? How did you first get started in videogames?

The studio began at the time when I was working on Dave Parsons' PS3 title Gravity Crash, where I was helping out with art and some design. I began working in games in the not so glamorous world of 'Edutainment', making art for Funschool 7. The team was great however and we had a fun time making them. My first proper games job was back at Intelligent Games in London.

I was surprised when I noticed Tikipod's name in the end credits of Stealth Inc. Can you explain the kind of outsourcing works your studio undertakes?

Yes I did the art for the original Stealth Bastard which Curve (the developer) released for free, and was also hired to act as art lead on the remake. Tikipod mostly does art, animation and design related outsourcing.

Do you still provide support and assets for other developers or are you more focused on your own titles these days?

We are mostly busy with our own title development at the moment, but the odd bit of small scale outsourcing can crop up now and again. 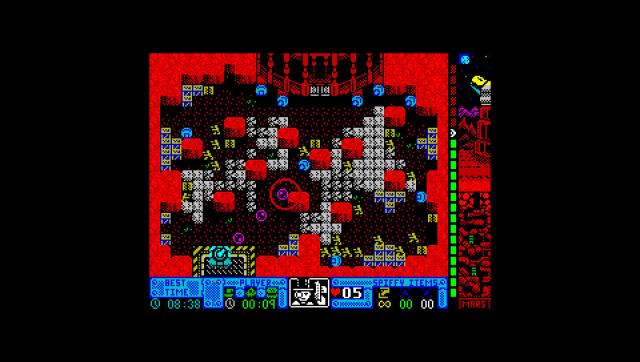 You were present on PlayStation Mobile, shipping games like Aqua Kitty and Rock Boshers. How did you find this as a platform to work with?

We were very lucky to be involved in the launch of PSM, it was great to be part of it. The tricky thing with PSM was needing to support multiple devices which could vary quite a bit, so you had to aim for the lowest spec one.

Did you find any success on PSM? Were you sad to see it go?

PSM was great for getting attention for our games, and we sold enough units to help us port the titles and improve them for other platforms. It is a shame it went, as it had just got Unity support – which meant it could have been a great tool for people wanting to try to develop with their retail Vita console. Imagine if they had released a console bundle promoting the fact you could develop at home etc.

How did you first come into contact with Sony regarding Vita/PS4 development? How has Sony been to work with?

The contacts we made doing PSM helped us to move forward onto PS4/Vita development. They were really amazing to work with, but sadly no longer work at Sony.

How have you found working on Vita as a piece of hardware? Is it difficult to develop for?

It is a lovely machine, but you have to be aware of its limitations when making games for it of course. 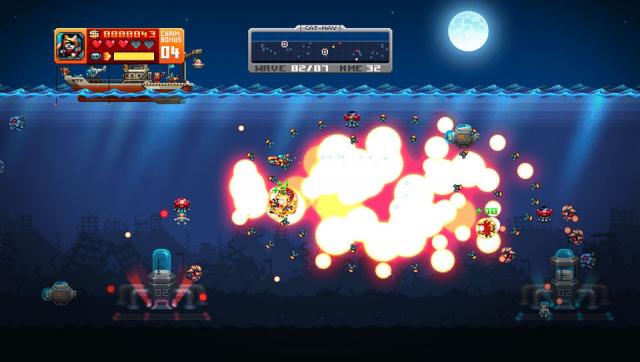 Let's start talking about your games. Aqua Kitty, Iron Crypticle and Rock Boshers all seem heavily influenced by retro games - how did you decide on designing them in their respective styles?

All three of these games were made by a different mix of developers, but I think they all began life due to the team's love of growing up with the computers, consoles and arcades of the 80s and early 90s. Rock Boshers was in ZX Spectrum style originally in part because it seemed like a fun nostalgic challenge (I used to have it +2 years ago), plus it really helped speed up development time. With Aqua Kitty and Iron Crypticle the art style is more like 16bit++, or like 2d arcades with modern effects layered on top. In terms of game design, they all have roots in various games from the 80s, to help give players some familiar hooks. I should point out too that Iron Crypticle was designed by Dave Parsons.

Favourite console would be PC Engine, tiny but with great style and superb range of titles. Not sure I have a favourite era. 8-bit was an exciting time with ZX and C64, then seeing 8 bit consoles emerge with prettier graphics. And then you had the leap into 16bit, and after that 3D consoles… all really exciting leaps forward each time.

Who came up with the idea of cats mining for milk underwater as the setting for Aqua Kitty?

Did the end product come out how you'd envisaged it? Was there anything you would like to have added but couldn't?

AK started off with no plan, it was just a part time development project. So it changed quite a bit over time. I think we were pretty happy with how it's ended up, a modernised sort of Defender but less hardcore, and of course 100% more cats! 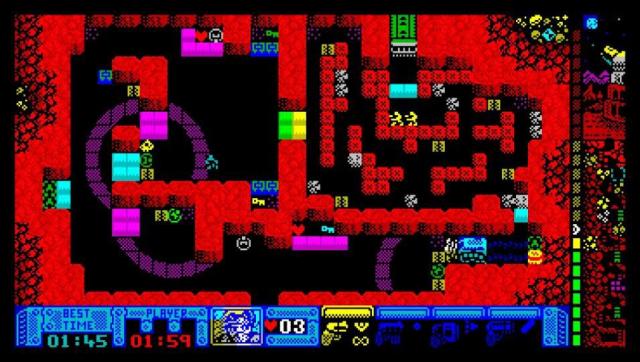 A lot of effort went into Rock Boshers DX to simulate the feel and aesthetic of playing a ZX Spectrum game. Was it difficult to achieve this while also making a title for modern audiences?

It was pretty easy really, the rules for Speccy colours are simple, and we cheated in a few ways like not emulating colour clash to help with visual clarity. We even ended up adding a NES skin option for people who prefer more colourful art.

The game has a very traditional British sense of humour - do you feel this reflects the dev team's personality?

That was me I guess, so yes :D

Was the ability to add features and evolve these games from their original PSM versions difficult or were you keen to revisit them?

We were very lucky to be able to improve the games in stages. It is not the normal way to do things, but with each new platform we tried to add something new where possible.

What made you decide on Vita as a target platform for Aqua Kitty and Rock Boshers?

After releasing on PSM, which was Vita and other devices, it seemed sensible to make enhanced versions for Vita and PS4 so we could release with cross-buy and cross-save. PSM on Vita was not as powerful as proper Vita development, which meant in the newer DX version we could offer full 60Hz, new art and effects etc. 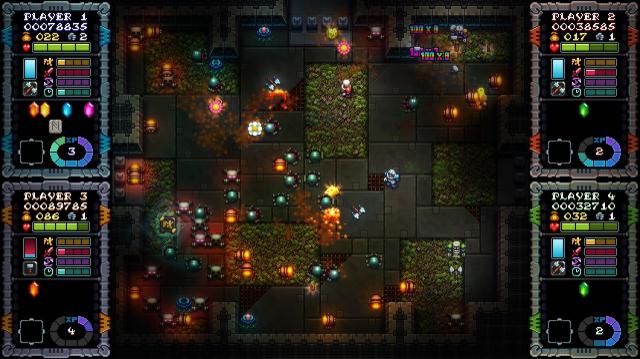 Your most recent title is the Smash TV-esque Iron Crypticle. Is there a chance we may see this on Vita one day?

We have been discussing this from time to time and are still unsure, it would take quite a bit of work to rework it for Vita. It was easier for the other games as they started on Vita (PSM) and worked upwards.

Yes it is amazing to have all these smaller titles get a physical production run, it’s great for the developers and gamers alike.

What's next for Tikipod? Do your future projects still have a chance of landing on Vita or will you be targeting other platforms going forward?

Yes we have something in development we are developing on Vita and other platforms, but are not quite ready to announce it yet.

Finally, two questions I’ve been asking everyone – what are some of your favourite games you’ve played on Vita?

TxK and Luftrausers are probably the two Vita games I have played the most.

And which of the two Vita models (LCD or OLED) is your favourite?

I love my OLED Vita, never tried the LCD one sorry.

That was pretty information. It's interesting to see studios using non-traditional hierarchies.