The game is now the best-selling Capcom game in history. 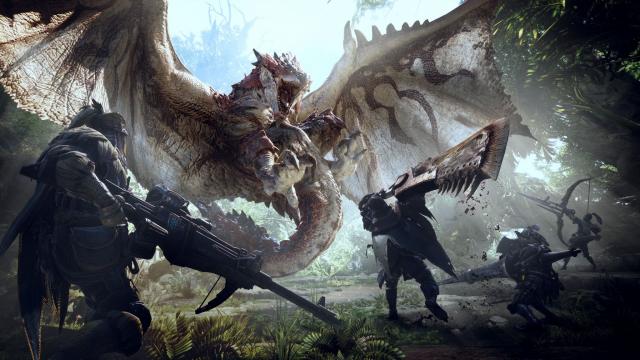 Monster Hunter: World is out now worldwide for the PlayStation 4 and Xbox One and will launch for Windows PC in fall 2018.

I am glad they made the choice of making this game multiplats. Exclusivity was holding this franchise back.

The best Monster Hunter-Game of all time and the best MH sales figures now. Thanks @ PS4, It is an incredible success for capcom.

And it took them this long to figure out a real next gen HD Monster Hunter is what people wanted?

Really nice to see that the game is a success

If not for God Of War, it would be my GOTY. Game was freaking amazing

With PC version coming, 10 million is a lock. Props to the guy who predicted it can sell that many copies.

I did not expect it to sell this well, but I am glad it did. I guess the next monster hunter is going to launch on a Playstation console as well.

Sophia . if you think Emily `s bl0g is good, on monday I bought a great audi sincee geting a check for $8740 recently an would you believe 10 grand last munth . without a doubt its the most rewarding I've ever done . I began this 5 months ago and pretty much immediately was bringin home at least $70, per-hour . look at this site ------------------>> www.Tipsfox.com