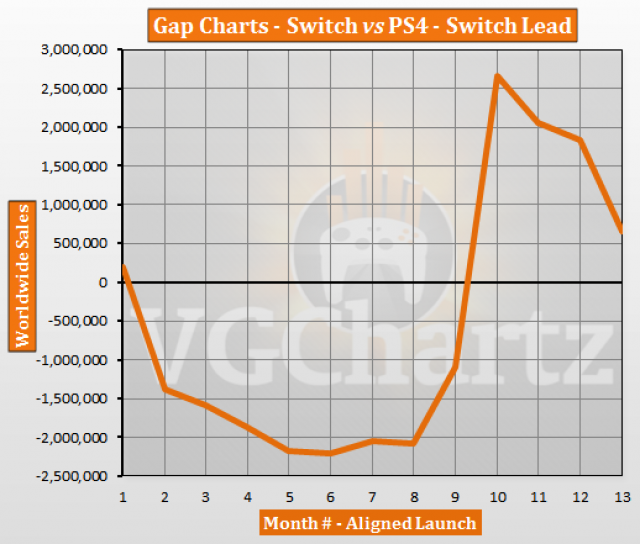 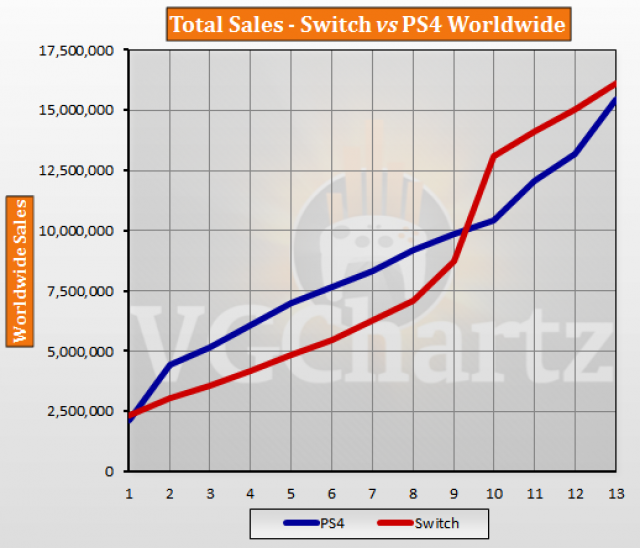 March 2018 is the 13th month that the Nintendo Switch has been available for. During the latest month the gap grew in favor of the PS4 during the same time frame by 1.18 million units when compared to the Switch during the same timeframe. The Switch is currently ahead the PlayStation 4 by 652,933 units.

That's impressive but we have to take into account that by the time the PS4 reached it's 13th month in the market it began it's second holiday season, that's why the sales number increased dramatically, opposed to the Switch that has only enjoyed one holiday period in it's whole sales cycle.

No, the PS4 isn't seeing its second holiday, its seeing its first. What You consider the first holiday was the PS4s launch window. Same way the NS had its own launch window in march. Laucnh stock limitations trumps holiday windows every single time.

@Intrinsic
I don't get why so many people can't seem to understand that. Officially yes it is the 2nd holiday, but it was the consoles launch which limited them. If anything the Switch or any console launching at the beginning of the year has it better since they can milk a launch window + an actual holiday season.

I don’t think it matters. Considering the fact that Switch is just barely tracking ahead of 3DS, there’s no way it’s goibg to beat PS4 in the long run.

The whole thing is silly imo because they're different gens and launched what... four YEARS apart? lol Ridiculous.

Newsflash: so did the PS4 back then. Also, Switch didn't have a pricecut yet contrary to the 3DS who already had a massive one by then. So comparing both right now is ridiculous if you want to extrapolate future Switch sales - better compare it's sales to the PS4 for that.

PS4 hit 18.5 million units sold in 13 months according to Sony. Under-tracked by 2.5 million by VGChartz.

And 17,8 units according to Nintendo