The 3D platform-adventure game from publisher and developer Nintendo - Super Mario Odyssey - has reached a new sales milestone, according to our estimates. The game has surpassed four million units sold worldwide at retail. The figure can be viewed on the VGChartz Global Weekly Chart for the week ending November 25, 2017.

Super Mario Odyssey sold 675,645 units for the week ending to bring lifetime sales to 4,316,262 units. It took the game just five weeks to reach the milestone. 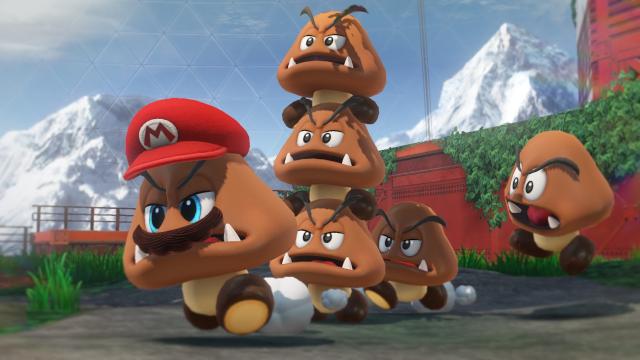 It took Horizon 39 weeks to hit 4 million! Not that it's fair to compare a Mario game to a brand new IP but considering each system's install base, this is insane!!!

Aside from a few countries (France, Germany, Switserland...) Nintendo has never been big in Europe. In a lot of smaller countries they do even worse than in the UK.

1-2-Switch is selling relatively well too, in the UK.

They love weird and quirky things in the UK. Shouldn’t they love the Switch?

I'm sure Nintendo Labo will be huge over there.

My goodness and these numbers are from almost 2 MONTHS AGO!!! I can only imagine what the numbers are up to now! Great job and well deserved Nintendo!

Would be great to include comparisons with other 3D Mario titles for the same window in this article for reference.

This is really impressive

So far it seems like it has really strong legs and will even sell much more.

So you say a 3D Mario game is selling well? I'd have never guessed.

Well, considering it has outstripped the best selling 3D Mario considerably, I think that's fairly news worthy. If I am doing my math right, the first 5 weeks of Mario Galaxy come out to 2.8 million. That's a significant advantages for Odyssey.

I think it has more to do with the demographic differences between the two. Wii was a phenomenon due to Wii Sports. Grandparents wanted that sweet waggle. People who didn't play games prior had to have one etc. Switch has been purchased by people who have been there, done that, so you're seeing the software bear that out.

SM64 and SMS would have done the same thing if the industry, at the time of their releases, would have allowed it. But the N64 and Gamecube both got clobbered.

Galaxy sold over 11 million, clearly it had plenty of people in the right demographics. I mean, the Wii had the best selling Zelda, Mario Kart, Smash, nearly every franchise. So clearly, the Wii had a large number of gamers. The image of the Wii only being bought by waggle-loving soccer moms and grandparents is a false image. They were a big demographic but not the only one.

So Odyssey outpacing it so much is not unremarkable or just expected.

The Switch is outselling Wii WITHOUT casuals. That's the part you're ignoring. Two demographics have been removed (middle aged non-gamers and senior citizens) and sales are still outpacing it. Who do you think those people are? Some unseen, new demographic? Kids and hardcore gamers are buying this thing. There's no evidence that 75 year old men and woman are sitting nursing homes, killing Gannon with the Master Sword.

Odyssey's success is due to timing. It released at a time where its console is the hottest thing on earth this side of iPhones and who's audience is made up of core gamers. It's the perfect storm and the sales are proof of that.