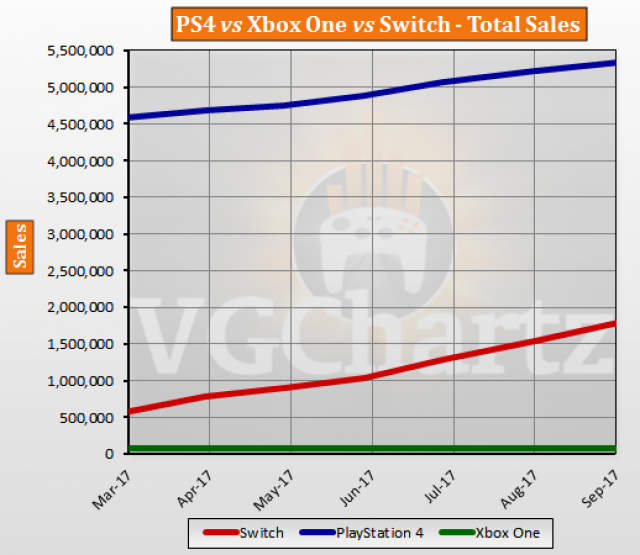 Looking at the total sales of the PlayStation 4, Xbox One and Switch in Japan for September 2017 shows the lead the PlayStation 4 currently has. However, the Switch has closed the gap every month since it released in March.

Taking a look at the marketshare, the PlayStation 4 has a 74 percent market share, the Switch sits at 25 percent, and the Xbox One just one percent. 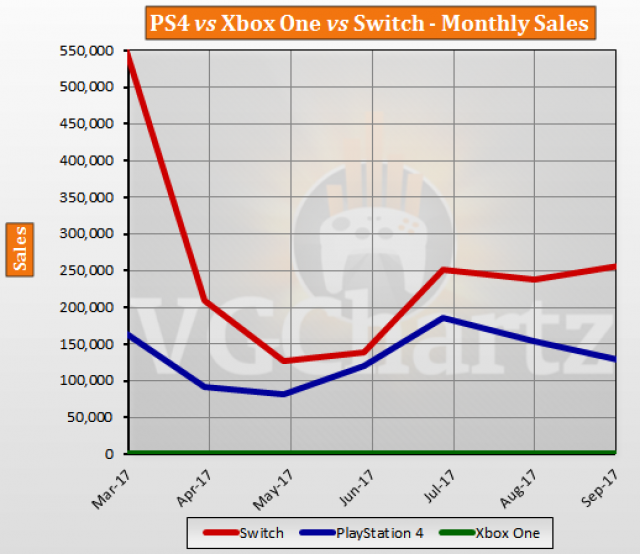 Looking at market share for the month, the Switch managed to achieve 67 percent. The PlayStation 4 accounted for 33 percent of the consoles sold, and the Xbox One less than one percent.

Switch outselling PS4 in Japan is inevitable; it’s just the perfect gaming product for Japanese gaming culture. However, if PS4 can maintain its lead over PS3, that is what will be truly impressive.

Maybe I should’ve specified I was talking strictly about PS4 vs PS3 in Japan? Not sure how people could get that confused; even a total moron knows that PS4 is going to blow PS3 away in worldwide sales.

A miserable little pile of secrets!

The Switch is obviously doing extremely well in Japan. The question is if that success will be reflected by what kind of Japanese studio support it gets.

A year from now, things will be quite different.

It's like Japan doesn't care about the Xbox One.

Look at that XBO line. You could play pool on that thing.

I disagree. I'm interested in seeing what effect the X has, if any.

Not going to change anything in japan.In the first week one x sold less than 2k units.

That would rob of comedy gold though.

Ggordon
As I stated in the Japan sales (Week 46) thread, that's the amount MS made available for sale in Japan. The X can't be bought online or at retail, except from scalpers who are selling it at a premium. Worst still, it can't even be ordered, anywhere. There are NO Xbox One Xs for sale in Japan. Xbox fans are furious. Check the japanese Xbox site.

Won't be for very long though.

Kerotan the cheerleader xD Ps4 will fall behind Switch sooner than later, everybody knows it.