The action platformer game from Sony Interactive Entertainment - Knack 2- sold 67,494 units first week at retail, according to our estimates. First week sales can be viewed on the VGChartz Global Weekly Chart for the week ending September 9. 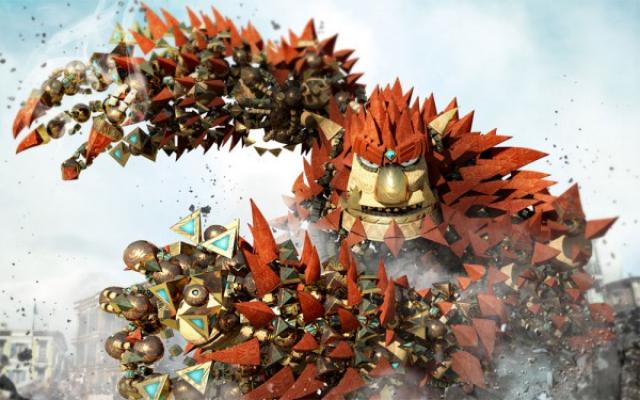 vgdunkey alone sold half of all those copies.

Didn't this game have a glitch on the PS Store, where it was free to download and play for a while, right at launch? I imagine that would have sorely hurt sales too :(

No, they likely fixed it quickly and they can take it away from people who got it free.

Mr Puggsly, I still have my copy that I downloaded from their mistake. They didn't take mine away. Was even playing it yesterday haha.

Wow, that's pretty surprising. This has happened before but I still don't think they gave a significant amount of copies from that.

I'm not sure on the numbers, but It was free for around 8 hours or so and word did spread pretty fast.

Did sony actually thought that the first game sold so well because people liked it?

I know many people who liked it. I like it as well, it’s a challenging game you can play with the whole family. There aren’t many games like this. Children love it.
Just check Amazon ratings. Most people liked the game.

IF people liked it why didnt they buy this one then?This game is said to be an improvement over the first knack, even then no one bothered

Of course there are some people who like it, but most people don't.

What a surprise! The sequel NOBODY asked for totally bombs.

I mean I was expecting it to sell worse than the first anyway since the first was both a launch title and bundled at one point too... wonder if it'll cross 500k or make enough money to warrant a sequel, lol. Doubt we'll get one, but hey, this was a surprise in the first place!

Expecting this series to be free on PS Plus soon lol

In other news an estimated 67 thousand people have good taste in videogames :)

Talking about the people that bought X1 in Japan last week?

This is fine, but not Medievil.

New MediEvil would be great. :-)

I got it digitally. That may a lot of improvements over the first one.

i think this excuse doesnt work for this game, the first was bad and people are afraid to buy the second one

Could sell better over time... it could happen...

Just seems odd how sequel-obsessed we've become that just about anything can get one now. Heck, they're actually bringing back Bubsy! It's ok to just move on from a franchise and try something new.

Kindof sad considering the first sold significantly better, despite its poor critical reception. This one, while by no means an amazing game, was still a huge improvement over the first and far from a bad game. Linear platformers just aren’t what sells these days.

It was also heavily bundled not leaving much of a choice at launch.

I agree this genre doesn't necessarily sell well, but this also didn't review well. There was no hype and little demand for a sequel.

Set to break all records.