Full disclosure: Dan backed Songbringer on Kickstarter when it was initially seeking funding. He invested $8. Dan also spoke to an assistant for the game on Twitter during development.

It’s been a great year for explorative adventure games thanks in large part to the release of The Legend of Zelda: Breath of the Wild, with its marvellous vistas and deep secrets to uncover. Following in a similar vein to the Zelda titles of years gone by is Songbringer, a top-down RPG adventure set in a procedurally generated world. Some of you may read that and be concerned about the randomness that such games usually exhibit, but in this case the game experience is so polished and lovingly hand-crafted that it's not an issue at all. 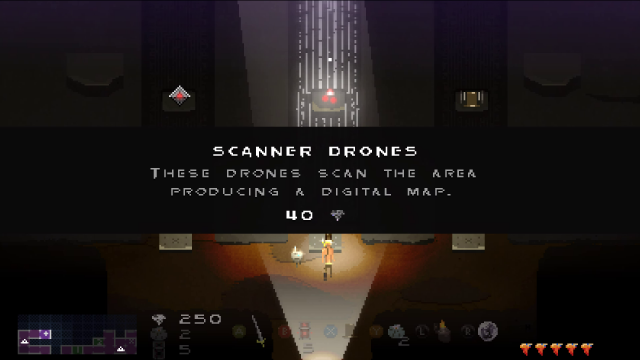 You play as Roq, a topless man who’s crash landed on a planet after initially observing it from afar on his main ship, the Songbringer. Picking himself up from the crash and entering the first cave he comes across, Roq discovers a sword that awakens demons and baddies across the land. It’s here that you start to engage with Songbringer's simple control scheme; A is used to swing your sword, B to drop a bomb, X to throw a hat (which acts like a boomerang), and Y to use a healing item.

This simplicity is at first highly limiting - every enemy you meet, every obstacle in your path, and every action you take feels restricted, as if Songbringer isn’t letting you properly react to the world around you. It’s not until you finish the first few dungeons that you begin to realise that it's actually the levels and enemy placements that dictate the difficulty of the game, not your control of the character navigating it.

This clever distinction between the complexity of level design and character movement is one of the key reasons I enjoyed spending over 6 hours in Songbringer's world to the extent that I did. The more dungeons I completed, the more powerful and knowledgeable I became, until ultimately I began to feel like a master of the game world. 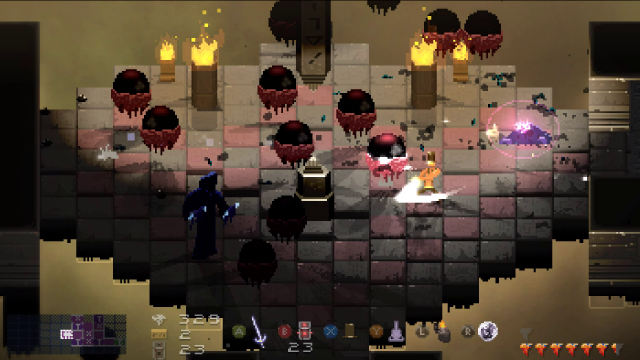 As alluded to earlier, Songbringer features plenty of items to uncover, from shields that allow Roq to not take damage when standing still (extremely useful should you approach the combat as a more strategic affair), to elemental blocks that allow you to add elemental damage to your arsenal of weapons. There’s so much to find that even when I’d explored 97% of the map, I had still only collected 67% of the items to be found in the world. Each time I explored a dungeon, I was excited to see what new power-up I'd gain; a fantastic feeling which helped me push on to the end.

Throughout the campaign you’ll meet multiple characters, each explaining a bit more about the world you’re exploring, as well as the world you come from. What makes the story feel more hand-made than those found in other procedurally generated titles is the fact that, at certain times, you’ll find that acts are peppered between your exploring. These not only push the story further along, but also feel unique in the way they’re delivered and allow the developer to sidestep the blandness that procedural generation often forces onto a narrative. 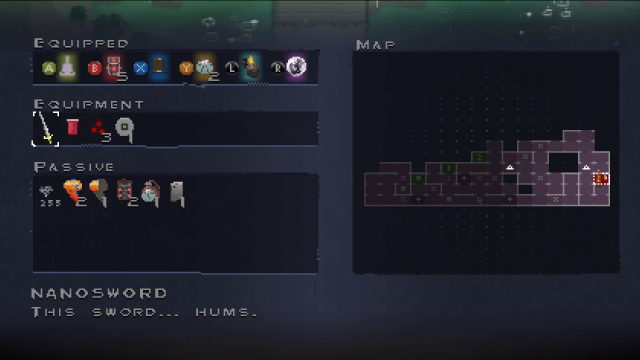 I’ve mentioned the game's procedural generation a few times, but what does it actually entail? Well, the world for one changes each time you play it, meaning there are, for example, different mazes to navigate in order to reach certain set pieces, as well as different enemies hidden throughout. The random world means you’ll encounter different dungeons at different times, and I actually myself taking on one of the hardest dungeons at the start of the game. This is a little bit daunting, but it meant that I was able to acquire an item which gave me double damage early on, making the rest of the game a little easier, so there are definitely upsides to this system. Songbringer also features an optional permadeath difficulty which, as the name implies, ensures you lose your save if you die, so there's no shortage of challenge or replayability for those who want it.

The randomised nature of the game world also pushes you to explore as much as possible. Secrets are hidden everywhere, from destroyable walls (that have no tell-tale signs of being breakable) to puzzles that require specific items to solve. It all reminded me of the original The Legend of Zelda, where there was a feeling of excitement upon finding a room because it would lead to a new item or interaction that you hadn't realised was possible until that point. 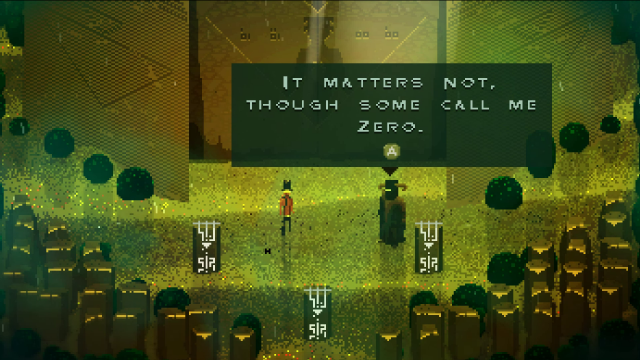 Songbringer's pixel graphics and art style aren’t going to be to everyone’s taste, but in animation I found them to be gorgeous. You can tell that loving care has been given to the enemies and environment in particular given the amount of attention to detail on display. The pixelation comes with costs though: the text can be a little hard to read at times and you’ll find it difficult to properly see some of the smaller enemies on the map while fighting.

Unfortunately, Songbringer also includes a few bugs. I had a few instances where enemies would get stuck out of the bounds of a zone, for example, meaning I was stuck in a room with no way to kill the final few enemies. This and other issues require you to reset back to the main screen, which is annoying for sure, although naturally not the end of the world. 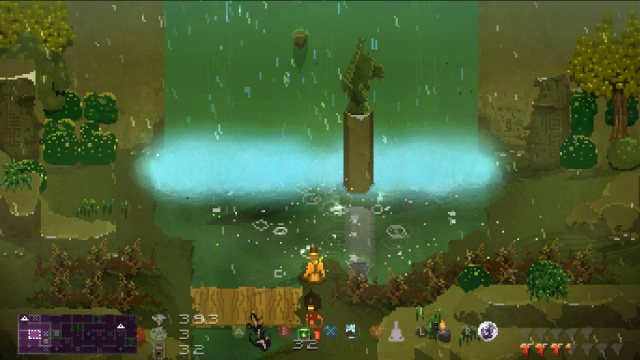 I couldn’t help but be impressed by the entire soundtrack - one that perfectly encapsulates Roq's dredging through swamps and navigating the wilderness. The music switches up perfectly, providing dungeons with heavy, metallic soundscapes, and helps make the act of exploring a joy with background explorative cues.

Songbringer, like Marmite, is going to divide opinion, but I found it to be an impressive game that delivers on its explorative themes, all while harkening back to a nostalgic bygone era. It takes a lot of cues from traditional Zelda titles in that respect, but also manages to bring enough new ideas to the table to make it a worthwhile experience in its own right.