Something is rotten in the city of Shinjuku. A terrorist cell, calling itself Adonis, has perpetrated a series of violent crimes, known collectively as "X-Day" incidents. A rookie cop finds herself in the middle of the police investigation into Adonis when she's abducted and fitted with a poison collar. Supported by several current and former police officers, Ichika Hoshino will prove to be the key to unmasking Adonis and stopping X-Day before it happens.

This is the setting for Collar X Malice, a visual novel from Idea Factory. Players control Ichika as she encounters cops, ex-cops, and criminals, and attempts to solve the mystery of her collar and of the crime wave suffocating Shinjuku. Along the way, she'll cultivate romantic relationships with the men in her life. Collar X Malice, in addition to being a visual novel, is an otome game, a sub-genre in which a female player character pursues romance with one of several NPCs. 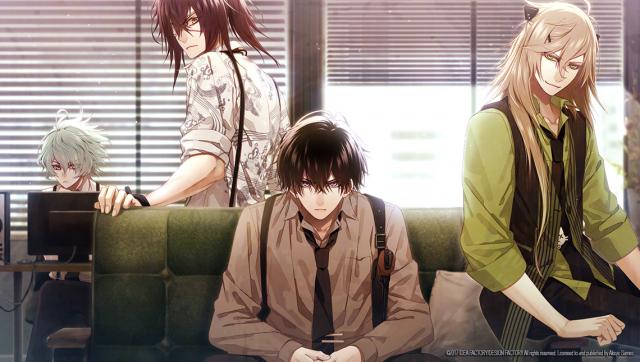 What sets Collar X Malice apart from other otome games — and other visual novels, for that matter — is the strength of its premise. Shinjuku, riven by violent, unsolved crime, is placed under quarantine. Its citizens are given weapons for personal protection. The police force is subject to intense scrutiny and mistrust. It makes for an engaging and disturbing story, enhanced by some gorgeous illustrations and excellent voice work. Plus, it's made all the more urgent by a burgeoning love affair between Ichika and her beau.

These two threads — Ichika's personal life and her professional responsibilities — move forward according to a similar device: player choice. At intervals throughout the game's story, players will need to make crime-solving choices and trust level choices. The story and ending will change depending on these decisions. If Ichika can build up enough trust with a suitor, trust level choices will evolve into affection level choices. 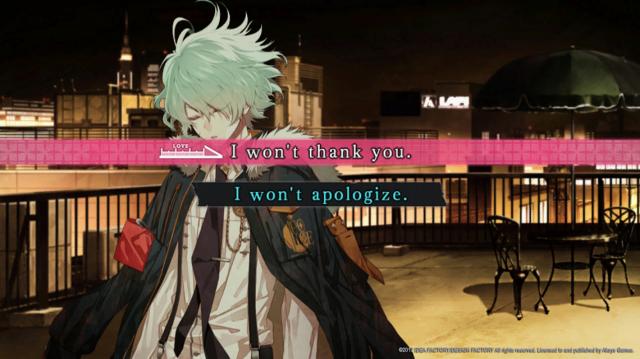 Making these choices, which pushes the investigation and relationship forward, is the most rewarding part of the game. Trust and affection choices are particularly gratifying, as you'll never quite know how the love interest on the other side will react. You'll hold your breath until you spot the tiny "affection up" indicator, and then breathe a sigh of relief. It's difficult not to root for Ichika and her suitor.

The problem is that crime-solving and trust level choices appear infrequently. What's worse, the things the game lets you do between them is never very interesting. 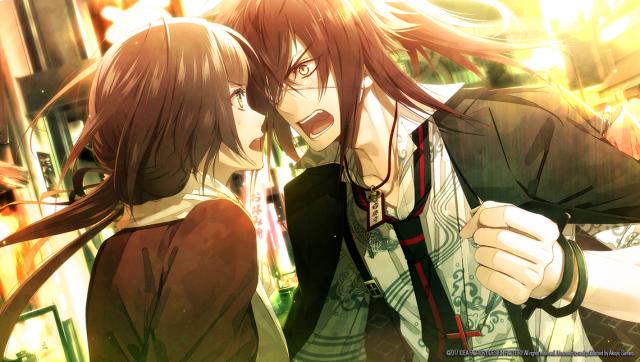 Collar X Malice struggles to find challenging things for the player to do outside the aforementioned choices. The game provides "investigations," in which you'll click on evidence and read a summary, but there's no real problem-solving to be done. At times, players will be given access to the Shinjuku Police Station map, but they won't be able to explore, only travel to pre-determined destinations depending on the scene.

On the story front, Collar X Malice is a knockout. The premise is unique, the artwork stunning, and the voice-acting passionate and professional. In terms of gameplay, it's far less successful. There are interesting and consequential choices to make during the game, but the choices come infrequently. Investigations are quick and easy, and problem-solving is almost non-existent. Visual novel fans willing to overlook these issues might find a lot to love in Collar X Malice. Those who crave more frequent player input may find themselves frustrated.

This review is based on a digital copy of Collar X Malice for the PSV, provided by the publisher.

Eh, well, it's a visual novel, the story should be the setpiece anyway, no? And it sounds great.

I only wish I had the time and money to invest into my Vita!