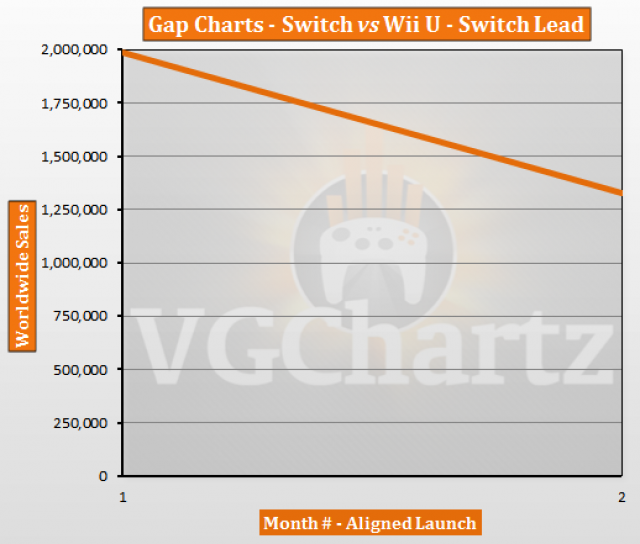 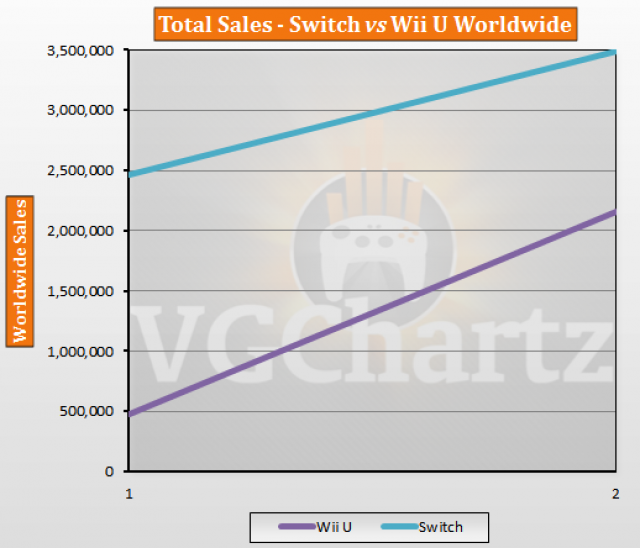 April 2017 is the 2nd month that the Nintendo Switch has been available for. During the latest month the gap grew in favor of the Wii U by 659,092 units. After two months the Switch is currently ahead of the Wii U by 1.33 million units.

The Wii U launched in November 2012, while the Nintendo Switch launched worldwide in March 2017. The Switch has sold 3.49 million units, while the Wii U sold 2.16 million units during the same timeframe.

Can't wait for this comparisson to be useless <.<

I don't plan on doing this comparison for very long, but I know some people will want to see it.

If you look at the source, it shows the data comes from the quarterly report. Those are sipped, not sold through. And they stayed on the shelves for a loooooong time, hence why Nintendo was forced to stop production entirely

Yeah. Nintendo had it at 3.06. That is shipped and not sold, but it's hard to imagine there were about a million Wii Us on the shelf.

Possibly retailers expected a Wii-like success too and ordered the Wii U in large numbers, which where now collecting dust in the backrooms

Nobody expected Wii like success. I was working retail at the time. We were basically sold out through the holidays. Not like sold out constantly, but we'd get a batch and it would sell through in 5-6 days. Just one store obviously, but I'd be really surprised if there were that many unsold units.