I’ve said it before and I’ll say it again: I love Tim Burton's gothic art style. It's a look that's rarely used in media today, especially after it became strongly associated with the emo movement. But its infrequent use means that anything that does share similarities with it is likely to pique my interest. Little Nightmares is one such title. In fact it employs the art style so convincingly and with such ease that, at first glance, you could be mistaken for thinking Tim Burton himself made it. 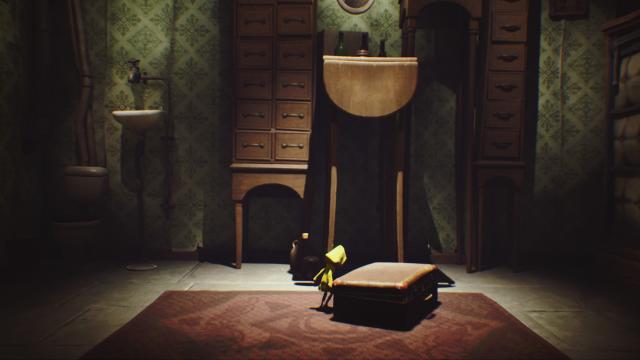 Little Nightmares, however, is more than just its art style. It also has a fitting atmosphere that's brimming with darkness, and every room is filled with so much detail that it's incredibly easy to become immersed in the game and its world. Creatures fumble in the dark, pipes creak in the distance, and characters feature so many unique animations that it's like watching a well choreographed film.

The controls, while simple, are engaging enough to put you in the shoes of Six - the little girl you control through this dark and brooding world. Press and hold square to run, press X to jump, and R2 to pick up or hold onto objects. It’s the R2 button that you use the most and releasing it causes Six to similarly let go of whatever she’s holding in the game. This creates an intense feeling when, for example, climbing bookshelves and knowing that if you let go it’ll all be over for Six. 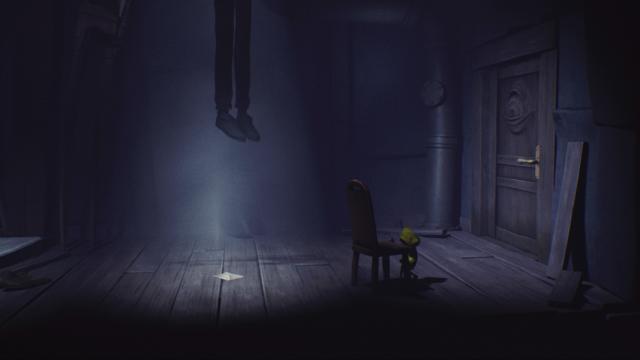 The gameplay entails controlling Six as she travels through various levels set in a weird underwater world. For the most part it’s a simple puzzle platformer that can comfortably be compared with Inside or Limbo, whereby you simply traverse from left to right overcoming different challenges and soaking up the atmosphere. There are a few areas where you’ll need to avoid monsters that’ll kill Six should they see her, and others where you’ll need to find some way of getting a key that positioned near monsters in order to progress, but that's about it.

Comparisons to Inside are definitely apt, indeed I wouldn’t be surprised if Tarsier Studios took a great deal of inspiration from Playdead's output. Fans of Playdead's titles are almost certain to enjoy Little Nightmares' abstract narrative, which puts the onus on the player to piece everything together and potentially come up with their own theories for what's going on, as well as its basic approach to gameplay. 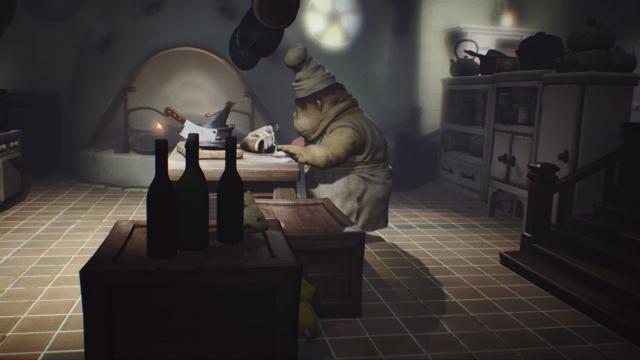 A horror game is often only as good as its key monsters. In this respect Little Nightmares excels. Over the course of its 3-4 hour campaign you’ll encounter four main types of nightmarish, gothic creatures, each looking just as disgusting as the last. Where Little Nightmares manages to truly make an impact on this front, though, is via their animations. While sneaking around you’ll be able to watch the monsters going about their ordinary routines, which helps to foster a sense that these are real, tangible creatures, each with their own wants and needs.

It becomes all the creepier when you actually have to go out of your way to distract the creatures in order to obtain keys that are positioned in close proximity to them. These moments are fraught with terror, as any slip up will result in instant death, requiring you to try over. This becomes a source of both suspense and frustration once you discover that the game has a god-awful checkpoint system.

Fail to control Six properly across thin pipes, or jump at the wrong time, or even get caught out by a monster, and you’ll usually lose so much progress that you’ll be well and truly annoyed with yourself. There was one instance at the beginning of the game where I found it hard to judge exactly where a platform was in relation to Six. Upon failing to reach the platform I had to climb back up a long hill and re-activate the platforms all over again, a sequence which easily took up a few minutes. 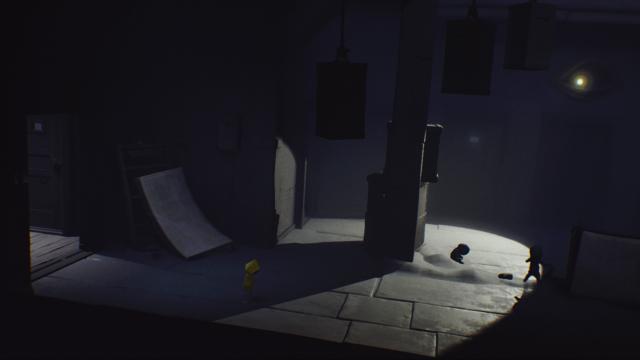 Unfortunately, Little Nightmares' cast of monsters is severely limited by the game's length. That's a shame, because the monsters that do feature are so meticulously detailed and creepy that you'll want to see more. This ultimately meant that I finished the game without feeling truly satisfied; it felt like the developers at Tarsier Studios could have produced so much more and in doing so produced a much stronger title.

Another downside to Little Nightmares is its limited difficulty curve. In fact it's such a simplistic game that none of the challenges you have to overcome really require any thought. It's also very predictable. I would consistently enter a new room and then instantly know that it was time to run across a hallway before spending the last five minutes of the area encountering a monster. 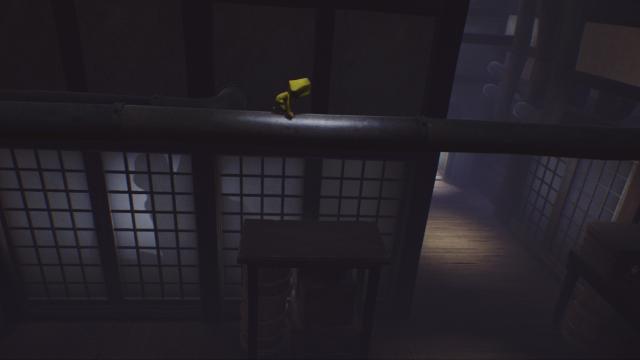 There is one key reason to come back to the campaign's chapters, and that's for the collectibles that are hidden throughout, but aside from the achievements and concept art unlocks that they're tied to these collectibles don't really offer much. If anything they slightly detract from the otherwise superlative atmosphere.

Little Nightmares is a delight to experience for the first time. It's beautifully creepy, terribly atmospheric, and features some excellent monster designs. So long as the obvious negatives aren't a deal-breaker for you then this a definite purchase for any Inside or Tim Burton fans out there.

This review is based on a retail copy of Little Nightmares for the PS4, provided by the publisher.

Ive been interested in this game since its announcement, (it looks pretty great) if it wasnt for all the amazing games this year i would try and get it day one but i guess it will have to wait.

This game is a great game, unfortunately it's too short with no replay value. I completed it in 2 hours. I will definitely purchase the ps4 physical disc once it's out.

As a big fan of these sorts of games (story/atmosphere-driven adventures), I've come to feel that they are actually best when the challenges are simple, as a steady stream of player deaths tends to reduce my immersion and remind me that I'm just playing a game and not actually in this world the developer has created for me. While other genres may do better to have strong challenges, I can't help but feel that graphic adventures do best when the game play doesn't obstruct the progression of the story or the flow of environmental inputs. So the promise of simple challenges, while marked here as a negative, is actually another plus for it in my book. Definitely going to try this one! :)

This game hooked me in from the first footage. Such dark beauty. Looking forward to playing it soon. 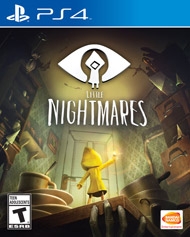 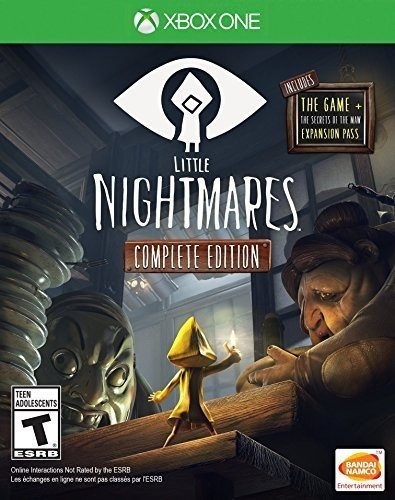