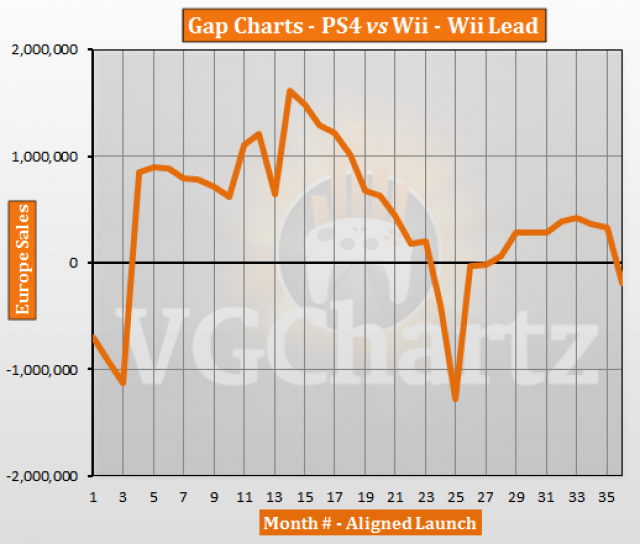 ps4 will win because it will retain its appeal where the wii lost its.

This is very very likely, there seems to be no stopping the momentum of the PS4 right now where as the Wii ran into issues as more and more people moved onto HDTV's last gen it became rather clear that the underpowered system just couldn't provide the same level of HD core games which the other 2 systems could.

so many masterpieces are coming next year for PS4, cant wait !!
Persona 5
Horizon Zero Dawn
Detroit Become Human
Yakuza Zero
And Nier Automata, RE7, Tekken 7, maybe Ni No Kuni 2, ME4, Gran Turismo Sport, Crash B., Ni-Oh ect we people live in the games-heaven :)

That's actually kind of surprising. It's only a matter of time before the PS4 passes the Wii in EU. I guessing the gap in the US and Japan must be huge, then?

VGChartz userbase will cry about this but its only an inevitability. I'm surprised this story is even on the frontpage.

The Wii had a big drop in the last years of the console, not even a single Sony console had such thing.