For six years, Amnesia: The Dark Descent, one of the more chilling and influential first-person horror games ever made, was restricted only to PC. Beginning last month, at long last, PS4 owners can experience the living nightmare in the comfort of their living rooms. Featuring the original Amnesia — worth the price of admission alone — plus its expansion Justine, and its sequel A Machine for Pigs, the Amnesia Collection is great for the uninitiated. Those who own the games on PC, however, won't find much reason to double dip.

The Dark Descent, the main draw in the collection, follows amnesiac Daniel as he makes his way through Brennenburg Castle. Gradually Daniel realizes that his amnesia is purposeful, perhaps even self-inflicted, and that he must journey to the depths of the castle to uncover the truth. 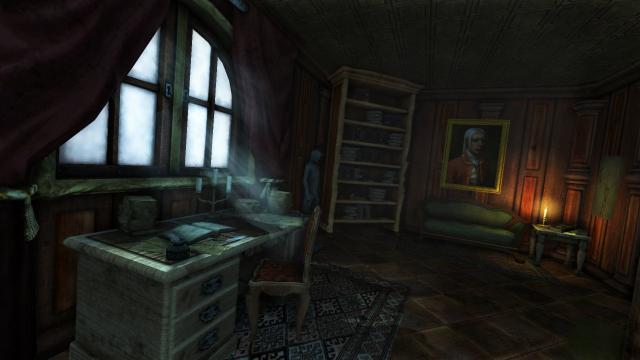 In keeping with The Dark Descent's Lovecraftian framework, mystery is a big part of the proceedings, and fear an important instrument of gameplay. Not knowing what's going on with Daniel or with the castle is part of what makes the game so unnerving. Not knowing what monster lurks around the corner or what horror awaits behind the door makes the game absolutely nerve-shredding.

The developers at Frictional Games, who proved their horror chops before Amnesia with Penumbra and afterward with SOMA, accomplish this sense of dread in two main ways: sound design and shadow. Instead of relying solely on jump scares — although there are quite a few in The Dark Descent — Frictional uses sound to inspire fear. Whether it's the sound of a shuffling monster or a creaking ceiling, noises in the game signal something terribly wrong and then let the player's imagination run wild. 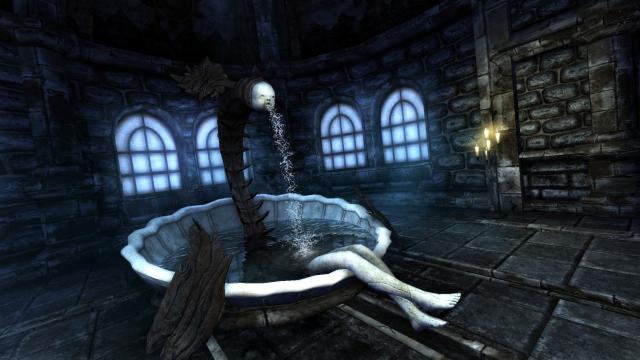 Similarly, Frictional plays with light and shadow to evoke disorientation and feelings of helplessness. Daniel is (understandably) afraid of the dark. When shrouded in darkness he will lose focus and hallucinate and the screen will warp and blur. Players can combat this by using tinderboxes to ignite lamps and candles or use an oil lamp to light the way. Tinderboxes and oil refills are in short supply so players must decide when to brave the darkness and when to illuminate their surroundings.

Light will attract monsters, however, so players mustn't linger too long in the brightness. As in Penumbra and SOMA, the hero of The Dark Descent is underpowered and under-equipped, and thus must play a deadly game of hide-and-seek with the game's monsters. These encounters are distressing and often unbearably suspenseful. Daniel's only real options are either hiding or running for his life. 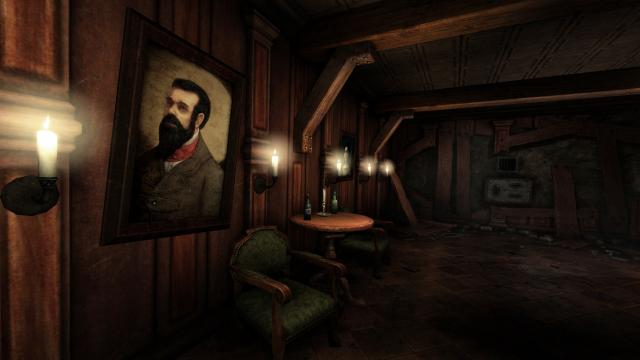 In addition to managing a limited supply of tinderboxes and outsmarting monsters, players will need to do some problem-solving. This could involve finding a heavy instrument to break down a barrier, or mixing chemical components together to create a compound. Puzzles represent a nice, cerebral break from the visceral act of surviving Brennenburg Castle.

Although Amnesia is just as atmospheric and scary as it was back in 2010, it appears dated in terms of graphics. This doesn't affect negatively the game's mechanics or atmosphere, but fans hoping for a graphical overhaul will be left disappointed. It's especially glaring compared to the luscious graphics of Frictional's SOMA, also available on PS4. 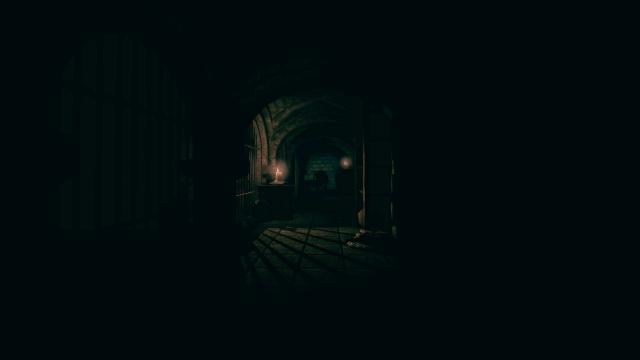 In addition to The Dark Descent, the Amnesia Collection includes its expansion Justine — set in a different locale with a different protagonist — and its sequel A Machine for Pigs. Developed by The Chinese Room (Dear Esther, Everybody's Gone to the Rapture), A Machine for Pigs is more formulaic and less scary then The Dark Descent, and thus the weak link in the collection, but it remains a stylish, thought-provoking affair.

Overall, the Amnesia Collection is an outstanding package of games for horror fans. Folks who already own The Dark Descent and its follow-ups on PC might not find enough cause to double dip but players new to the franchise will discover a lot of value in this compilation. Fans of slow-burning survival-horror games shouldn't miss Amnesia this second time around.

This review is based on a digital copy of Amnesia Collection for the PS4, provided by the publisher.

I've been meaning to play Amnesia for the longest time but i am still a little hesitant. I love survival horror games but I must admit I'm not a huge fan of the "run away and hide" type of thing.

I played outlast and the first hour (or even less to be honest.) was quite amusing and definitely had the "scares" but after that I found it becoming increasingly redundant. Couple that with the same type of puzzles and tasks and it lead to a somewhat unsatisfying play-through, at least for me personally. How does Amnesia compare? Is it similar in that regard? It's one of "those" games that is mentioned whenever survival horror/scary games are brought up.

Well this is not outlast, atmosphere is totally different, see it yourself have a try.

I played a little on steam, no action is painful.