Frictional Games has long demonstrated its mastery over the horror genre. First with Penumbra and then with Amnesia, the Swedish studio has proven that it can tap into its players' nightmares to produce terrifying and mentally stimulating experiences. Now Frictional is back with perhaps its deepest and most complete game yet, SOMA.

So much of SOMA is about discovering the details yourself, so a short synopsis here will suffice. SOMA is the story of Simon Jarret, who suffers from brain damage and bleeding as a result of a car crash. In order to mend his damaged brain, Simon agrees to an experimental brain scan. During the scan, something goes wrong, and Simon wakes up in a mysterious and dangerous place. 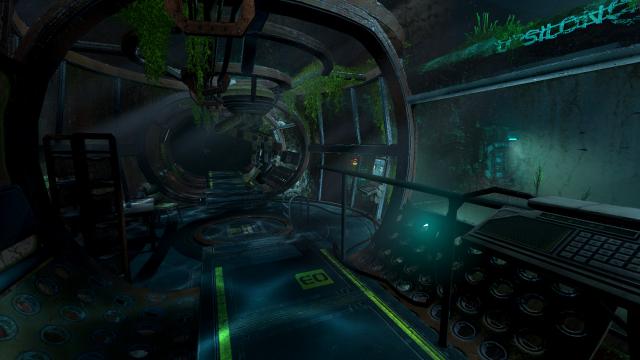 Those who are looking for the visceral terror of Frictional's earlier work, including Penumbra and Amnesia, may find SOMA somewhat disappointing. The jump scares in SOMA are few and far between. Rather, the game relies on more cerebral scare tactics. Frictional accomplishes this in a number of ways. 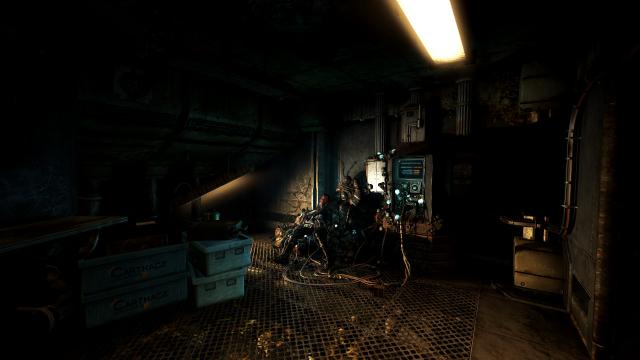 Secondly, the game's sound design is spectacular. Whether it's the sound of shuffling monsters, electronic beeps, or the groan of metal, the sounds in SOMA will transport you to another world fraught with danger.

Lastly, SOMA asks impossible questions of its players and introduces chilling notions about humanity. The scariest things about SOMA, in fact, are the ideas it puts forward about artificial intelligence, about consciousness, and about what it means to be alive. 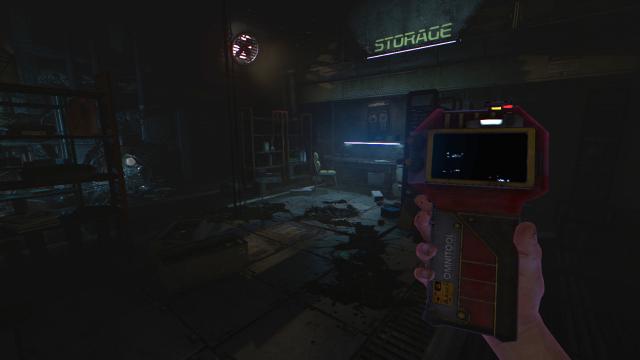 Mechanically, SOMA functions closely to Frictional's earlier works. There is no fighting. Rather, Simon must use tools and stealth to solve problems and creep past monsters. In some cases, he must simply run for his life.

There are a fair number of puzzles in SOMA, but don't expect any brain-melting riddles. Usually they involve finding a hidden code or collecting a set of tools. Doing some extracurricular exploration, however, is advised. There are audio files, e-mail messages, and photos off the beaten path that explain and enrich the story of SOMA. 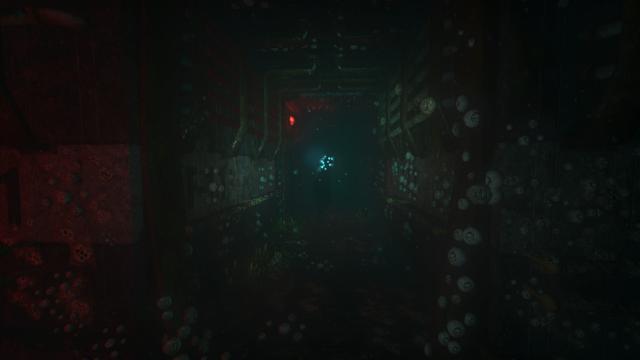 Overall, SOMA is one of the better survival-horror games of the last decade. But it does have some warts. Loading times are painfully long and sometimes interrupt the game's carefully-tuned atmosphere. The game also starts slowly, taking some time to build up momentum.

While SOMA may not have the jump scares and visceral thrills of Frictional's past titles, it manages to create an impending sense of danger through audio cues and a convincing game world. Moreover, it introduces thought-provoking and terrifying ideas about artificial intelligence and humanity. The result is Frictional's most mature and meaningful game yet.

This review is based on a digital copy of SOMA for the PS4, provided by the publisher.

Awesome game for its genre, it has one of the best and most traumatic sci-fi stories I have ever seen on a videogame. Frictional Games shows the industry how the terror is done, again. Is very far from perfect, and is not for everyone, but the experience is damn good.

Interesting, if it ever comes on PS Plus I'll give it a try.

Definitely looks cool, but i refuse to pay $30 for a download of a game. I'll get it in the future. Either when it goes on sale or possibly comes to PS+.

that's my problem as well. Can't pay more than 20 for a digital title.

It would be great if it eventually gets a physical release. Here's hoping.

Although the game looks cool, I'm rather disappointed with this review altogether. It's understandable to strip out spoiler-y stuff in regards to storytelling, but it's just a lifeless overview in regards to discussing game design or anything else. Just wanted to give some constructive criticism since I decided to read this one.

I super want this!