Sony has announced the free games that will be coming to PS Plus members in North America & Europe this November. 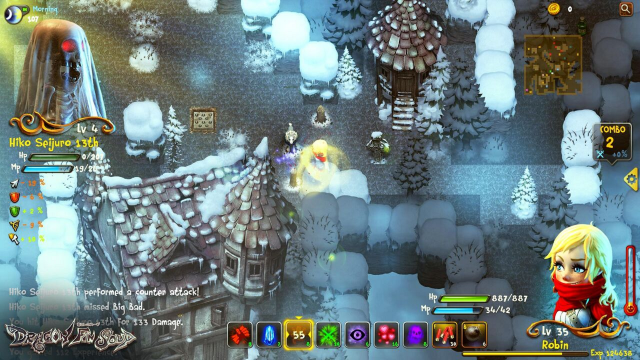 Also, be sure to download the October PS Plus games soon if you're interested in them; they'll be removed from the list of free titles early next month.

Beyond Good & Evil and ME2 are great classics, The Walking Dead: Season 2 and Magicka 2 are fun games if you missed them and Dragon Fin Soup is a new game that looks cool.

Not a great month for me, since I own all games but a good one since Dragon Fin Soup is something i will deffenitely play.

Awesome. I've heard so many good things about Beyond Good & Evil. I think it's time to fire up the good ol' PS3 again. And The Walking Dead Season 2... I dunno if to start from there or from the first one. I'll still download it.

A few months back they had a great sale on the Mass Effect games all three for $4.80 so I find it odd them offering just the middle one on plus. Beyond Good and Evil is fun.

You can start with Season 2 right away but I Don't recommend it. There are recurring characters and references in season 1 almost all the time. Plus Season 1 is great. :D

You REALLY should start with season 1.

don't have any of them, so it's a great month for me.

That's a good month for the PS3.

My wallet says thank you sony.

Pretty good overall. I own all the ps3 games. The rest are new to me. Do have The Walking Dead Season 2 on Vita, but have never played it. PS4 version will run a bit better though, and has a seperate trophy list.

Will check out Magicka and Dragon Fin Soup, the others I have already / don't own a PSV. Of the games I have I recommend all of them, so This is a good month if you haven't got these game already.

And as usual, I already have all the good games. Magicka 2 could be cool, though I wish it was on Vita instead.

Crap lineup. Why even bother buying indies anymore? Just wait a long time and save money.

Good for PS3. More crap doe PS4. The PS4 PS+ games are so crappy that I'd rather leave free stuff on the table than have it take up hard drive space. At least this time they've spared is the usual PABS (pixel-art bullshit).

Surely that would just be PAB? also I disagree with you.