Opinion: Life is Strange Came to a Disappointing End - Article

Warning: This opinion piece contains major spoilers for all five episodes of Life is Strange.

Yesterday I finally finished the fifth episode of Life is Strange, the time travelling episodic drama developed by Dontnod Entertainment and published by Square Enix.

Sadly, despite a promising build up in the preceding four episodes - one which left me highly anticipating the finale - I found the ending to be a huge disappointment. 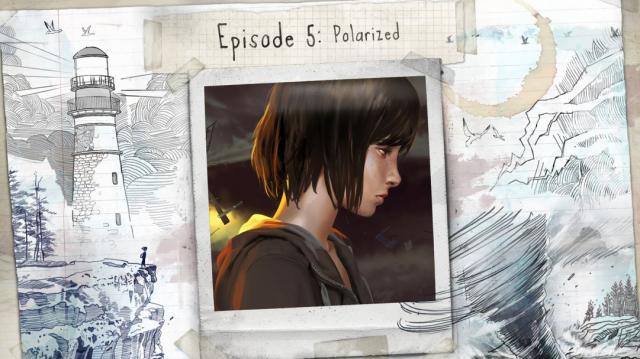 So where did it all go wrong? Life is Strange had, up until the final episode, perfectly captured the emotional turmoil of first world teenagehood. While playing you genuinely felt empathy for Max, her friends, and even some of her enemies. Dontnod understood deeply that Life is Strange would live and die by its ability to tell an emotional story, and the development team largely succeeded in making you feel as if you were in the middle of an emotional tornado while at the same time giving you the freedom to try and conquer those issues with a wide set of potential physical choices and dialogue options.

Episode 5, which is aptly titled Polarized, marks a departure from that sound base. It's essentially a wrap-up episode that is surprisingly devoid of emotion. In the episode the tornado that the player was given a vision of all the way back in the first episode is finally on top of you. There's misery aplenty, but at no point do you feel involved in the misery; rather, you just witness it. 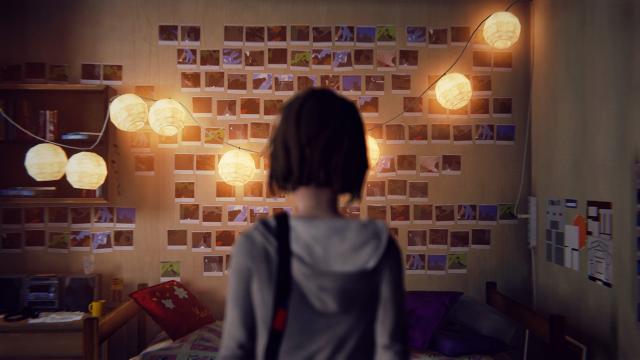 As the episode opens, you're trapped with your captor, and around 30 minutes to an hour of the episode is spent travelling through photographs and changing time. However, at the end of this segment nothing has changed, which makes it feel like a pointless, time-wasting exercise; a way to slowly drag players through the game without them feeling stung by purchasing half an episode.

And yet all that could be forgiven if you were given more choice, which is the big issue here. At no point are you given any real choice throughout the episode. The game I had loved for its variety of choices and their consequences had become linear in a bid to wrap things up neatly. Saving your friends as a tornado is about to hit, for example, ends up feeling hollow, and the decision over whether or not to tell David about Chloe’s death has no effect.

Furthermore, one of the series' two major gameplay elements was needlessly removed and replaced with an ill-thought-out and dull stealth segment. In this stealth segment you must watch patrols and move cautiously... in theory. In reality the fact that you can control time means there’s no real challenge there and again it comes to feel like filler content. 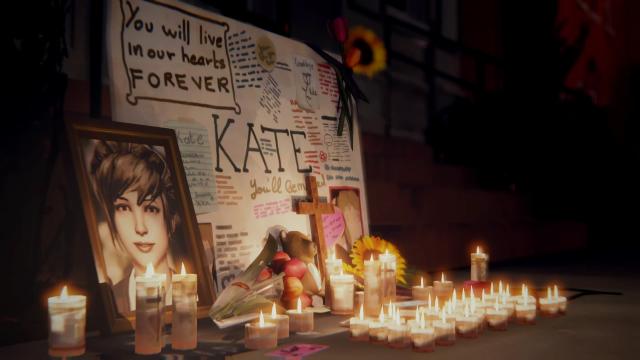 It all culminates in a binary 'live or die' final decision. I had hoped for countless options; I had hoped for certain decisions that had been made to reverberate through to the final closing segments. Instead there are just two - love or die - and I was left with a sinking feeling of disappointment. The game is never pushed to its limits. Interesting concepts are proposed but never fully explored.

What could have been a deep, complex, and emotional end to the series instead feels anti-climactic and uninspiring. Dontnod has created a wonderful series but Polarized does not do it justice.

I agree. For the buildup and the amount of decisions made, the ending was WAY to binary. It almost felt as if nothing ever really mattered. Even a big event as Kate's thing. My friends saved her, I couldn't do it... the ending was the same still.

I was disappointed as well, but for a different reason.
I actually really dug the majority of this episode. I noticed (and I think this was intentional) that several things made Max seem more adult and assertive than in the previous episodes. Not just in her language, but visual cues like seeing her driving through the storm (driving is a visually adult action and we hadn't seen Max doing it until this point) wearing a very mature looking darkly coloured jacket. I think a lot of things were in place to visualise her growth, and I loved that.
However, it all went downhill toward the end for me. But oddly, it wasn't the ending itself, but rather the 10 or 20 minutes before the ending. Max descends into a mind maze of her own insicurities and try as the writing does to be profound and about Max's actions and relationships, it falls totally flat. It's not there for any reason. It adds nothing to the story, it's just absurdism for absurdism's sake.
They were clearly trying to be cleaver and arty, but if you ask me, they were already doing that well enough without going off the rails like they did in that sequence. And it just drags on and on and I'm say here thinking "I'M SO BOOOORED! I just want the plot to start moving forward again!"
When the final moments did come around, finally, I had been beaten into a frustrated and unfriendly state so that no matter what the ending was, I was already in a sour mood and sure enough, I hated the ending. But looking back, I can't tell if I really had any issue with the note it left on, or if the preceding out of nowhere and ultimately for no reason mind maze sequence has just put me in a mental position that nothing to come directly afterwards was ever going to make me happy now.

stop warning him, look around the room there are more options...