No video game review system is perfect. I know that’s a strange way to start out a review, but it’s an issue I feel needs addressing when it comes to Rocket League. When I reviewed its predecessor - Supersonic Acrobatic Rocket-Powered Battlecars (SARB) - more than 6 years ago now, I got through all of the single player content, played it for 2 or 3 hours online, and then wrote up my review.

That's a pretty standard review process. I decided that, although SARB was fun, it lacked a certain polish, was limited in terms of single player content, and that overall the gameplay somehow managed to form an uncomfortable balance between being difficult to control and shallow. 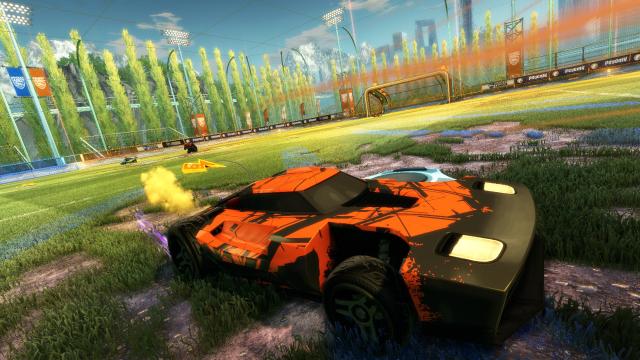 One might expect, then, that I’m about to savage Rocket League. It is, after all, pretty similar to SARB. You'd be wrong. And no, it’s not because the controls or gameplay have been drastically changed (they haven't), it's more that since writing the original SARB review I have actually gone back and put a ridiculous amount of time into playing it with friends. The online mode was fairly unusable in SARB, but my friends and I had a blast just playing against computers over and over again.

After putting that extra time into SARB I began to appreciate the controls and came to not really care about the lack of single player content (why would I, when my friends and I were satisfied with playing against bots ad nausea?) I found myself fervently wishing for a sequel and hungrily consuming any information and news I could on the subject, all for a game I had written up as being below average.

Some games require a little more time and distance between release and review than this industry really allows for in order to be properly appreciated; SARB, I found, is one such game. Consider this my small mea culpa for that review of mine. 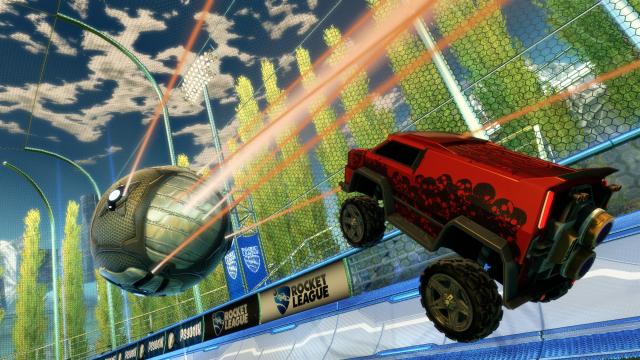 So along comes Rocket League, a spiritual successor if not a sequel to SARB; soccer/football with remote control cars as the fielders. What has changed other than my gradually-acquired appreciation for the concept? Well, the level of customization now allowed for is genuinely impressive. I particularly appreciate the unusually precise control over exactly how your camera will act and where it is in relation to your vehicle, as well as being able to fully customize and assign buttons to whatever function one sees fit.

Rocket League has aspirations of becoming an eSport and I think these features will be a huge boon to the community if it truly manages to get off the ground. The additional customization also shows how much the developers have listened to their fans and have understood exactly what it is they wanted from a sequel.

On the less functional and more aesthetic side of things your car can now be customized. There are options for the body, tires, color scheme and pattern, fun antenna toppers, and hats. Each time you play a game through to the end you’ll unlock another of these customization options, which helps to reinforce the already palpable “just one more game” feel of Rocket League. 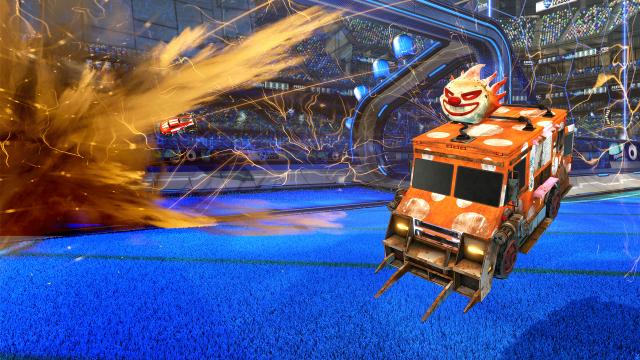 The single player component has also been bolstered. The addition of a season mode is appreciated, but I would’ve liked if there were more computer teams to play against in it. Minigames have been scrapped but the new training options largely serve to make up for this, and I cannot overstate how helpful they are at helping you to acquire the skills and strategy required to excel at Rocket League.

This leads to one of Rocket League’s few actual issues - namely how difficult it can be to get into. This is not the kind of game you can pick up and play with precision. Newcomers will find themselves flying past the ball they wanted to hit more often than not, let alone being able to make the ball go where they want once they do manage to hit it. Don’t dismay, though, because if you persevere through this initial rough spot and master aerial hits with the rocket boosts and the use of the ball camera then you’ll gain a whole new level of appreciation for the title. 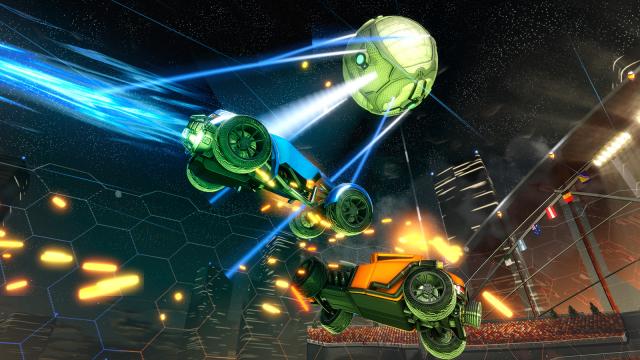 That isn’t to say that everything about Rocket League is improved over Supersonic Acrobatic Rocket-Powered Battlecars. The 'original' released at $14.99, whilst Rocket League (outside of the PS Plus promotion) will set you back $19.99. For fans of the original game this price point increase will serve as little impediment (I would honestly probably pay $60, albeit begrudgingly, for Rocket League), but I do wonder if it will put off some gamers.

I'm hopeful that the initial PS Plus promotion will bring in some of those newcomers that would otherwise have put off by the high price tag. That promotion has come with a cost of its own, though, in some initial server issues that made online unplayable the first day or two but which have since abated.

There’s also a distinct lack of an amazing title song similar to SARB's, which was added in a post-launch patch and has remained my favorite surprise addition to a game post-launch ever since. Rocket League’s soundtrack isn’t necessarily bad, but it really isn't as awesome as SARB's. 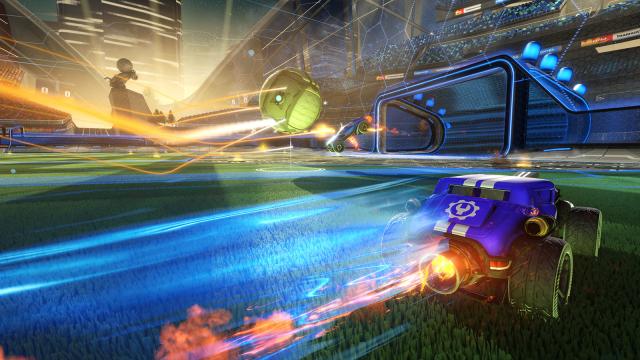 Rocket League and SARB are a testament to the fact that modern review methods are all too often lacking; that a decent game is best explored at leisure and given time to be appreciated over the long-term. Newcomers beware, though; for as fantastic as Rocket League can be, it's a tough road to tread, and the higher-than-standard price could be all for naught if you don’t tough it out and eventually come to appreciate it in all its glory. Stick with it, however, and I expect you'll be flying around online chasing after that damned ball for months and years to come.

the game is already a hit on playstation and from what I have seen, it deserved it.

oh? I always counted Battlecars and Rocket-Powered as one word each so SARB.
20 dollars is getting to be pretty common for downloadable titles but I still remember when was annoyed about them being 15 bucks instead of 10 so 20 seems high to me.

Such an addicting game.

The high price critique and the song one are a bit lacking don't you think? Mention of online connections at this time would have been more fitting. I think the price £16 is perfect of the quality of game you get and the main title tune is fine? What do you want, a new record from Slipknot?

https://www.youtube.com/watch?v=ySFWsvOA0KI
that's the theme song I'm mentioning from the previous game. It was a hilarious addition one day that I never expected and played whenever you scrolled over the game in the PS3. It's not a very important criteriea, it's just something I miss from the first game.

No amazing title song? what about this then? One of the best tunes ive heard: https://www.youtube.com/watch?v=jg2kGQ9KSyI

Great fun game. Thank you PSN+ without that I wouldn't have got the game. I hope it does become an esport, it certainly has all the elements, and with crossplay between PC and PS4 there's no need to segregate the player base for the pro scene.

Best couch, split screen game for ps4. Been having a blast with it.