Portions of this review are taken from my previous review of Dead or Alive 5 Plus for the PlayStation Vita.

The fighting genre has become infamous for its re-releases of original titles that come with added content and updates for an upcharge (usually $40). Dead or Alive continues that trend with the release of Dead or Alive 5 Ultimate, a $40 release that adds a new character (Momiji, from the Ninja Gaiden series), some new moves, updated modes and some game balancing additions. Regardless of your stance on the re-release debate that rages within the fighting scene, the lack of major changes nonetheless ensures that Dead or Alive 5 Ultimate is a fun, quality fighter to play. 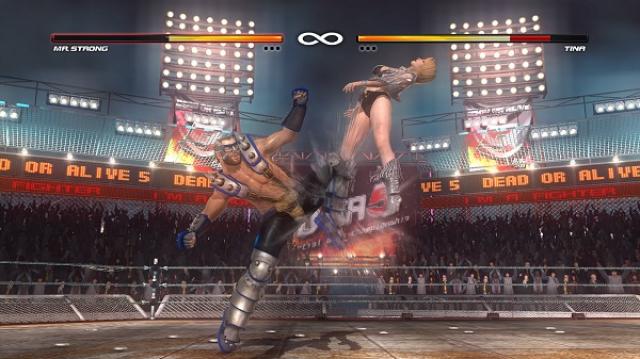 Dead or Alive is a technical fighter, which means there is a lot to learn for a player to become skilled. Training mode hits that point home, with a tutorial including over 100 different missions teaching you everything from basic movement to complex combo strategies. It does a great job of teaching new players the inner workings of the series. That said, there's no way to sugarcoat the great amount of techniques that must be learned to become good at the game. Casual fighting fans can still get enjoyment out of single player modes on lower difficulty settings, and veteran fighters have all the training and practice modes they'll need to hone their craft.

Graphically, Dead or Alive 5 Ultimate looks good as well. The characters are a bit less hypersexualized than in past titles but they are all still lookers. All the little details, from Jann Lee's extravagant fighting stance to the sweat on the fighters' faces carries over from the previous DoA5 releases. The songs and sounds from the original game all carry over just as well, though the soundtrack doesn't have any memorable, standout songs.

Story mode continues where Dead or Alive 4 left off. Don't worry if you don't know or remember what happened there, because knowledge of past events isn't really important. In fact, taking the story too seriously isn't important either. The story in Dead or Alive 5 Ultimate is best described as a B-movie - a silly, tongue-in-cheek flick in video game form. It lasts about 5-7 hours and is mildly entertaining during that time, but, like most fighting games, this isn't the crux of the experience. 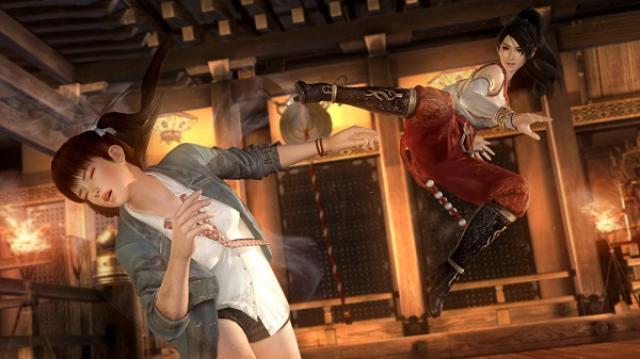 Other standard single player modes are also present. Versus lets you have a quick battle, Arcade has you battle through a chain of opponents to the final boss, much like the days of yesteryear. Time Attack challenges you to do all that as quickly as possible, and Survival will continue to throw opponents at you until you succumb. Team Fight mode returns after being absent from the PlayStation Vita port and adds in tag team battles of up to 7 fighters.

Multiplayer is also available both locally and online through the PlayStation Network or Xbox Live. As with other fighters, ranked, unranked, and friend matches are available. Leaderboards also compare you to the rest of the world. Online, I did experience some lag at the character and stage selection screens, but the matches themselves ran smoothly. 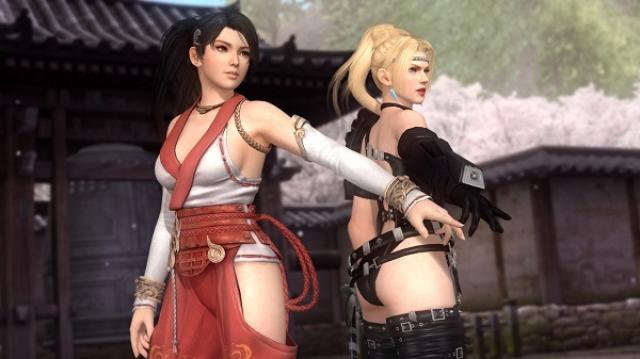 There's plenty of downloadable content to be had, in the form of new costumes, including those infamous swimsuits, bunny suits, and Santa suits for the female characters. Costumes are available for all of the characters (even some for the men!).

Dead or Alive 5 Ultimate features some changes, such as the Power Launcher which knocks opponents into the air to create juggling opportunities and the ability to play tag team mode online. The big new change is Dead or Alive 5: Core Fighters, which is a free-to-play version of the game that offers four characters (Kasumi, Ayane, Hayate and Ryu Hayabusa) and offers the rest of the cast for $3.99 each. It's a solid mode for those who aren't ready to pay the full $40 for the game and should also keep the online community from drying up (albeit at the expense of seeing a lot more of the core four fighters than you might like).

Dead or Alive 5 Ultimate enhances what was already a solid fighter and becomes the definitive version of the game. Series enthusiasts will want to pick the game up and those who are unsure about it can try it for free by playing Dead or Alive 5: Core Fighters. But if you've already played a previous version of Dead or Alive 5 and are not a dedicated fan of the series, it makes sense to save your money and skip Ultimate.

This review is based on a digital copy of Dead or Alive 5 Ultimate for the PS3, provided by the publisher.