How much can and should enjoyment of a game be derived from its graphics and presentation? Many have questioned the desirability of games to be remembered on aesthetics alone or even primarily, arguing that gameplay above all else should stick with you. Lumino City manages to make an argument against this, showing that a game can be successful based almost entirely on presentation; something that can (and indeed should) rarely be said in the gaming industry. 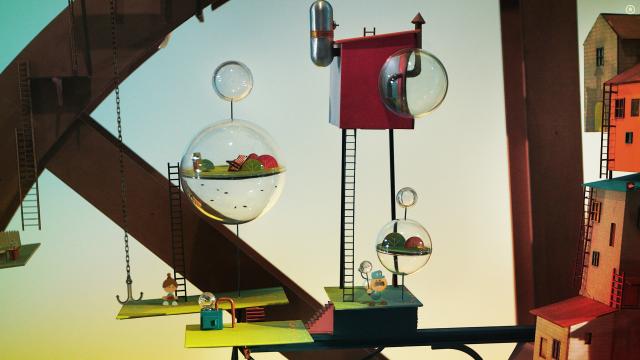 But to reduce Lumino City down to aesthetics alone would be to do a disservice to the hard working developers over at State of Play Games. Lumino City's aesthetics draw you in and keep you going for a large portion of the game, but behind the amazing scenery is a comprehensive adventure game that managed to push me to my limits. A lovingly detailed town and characters bring the world of Lumino City to life and in so doing make for a great adventure experience.

The game starts you out in your grandad's house, where he asks you to make him a cup of tea. You play as a girl called Lumi and it’s in this opening scene that you get a feel for the fantastic art on display in Lumino City, and it’ll be here that you start to learn some of the game's basic mechanics, including clicking and dragging objects. It’s a simple system, and one that you’ll be stuck with for the rest of the game, but it works. Whilst making tea, you hear a ruckus upstairs; it turns out your granddad has been kidnapped, and so begins your adventure. 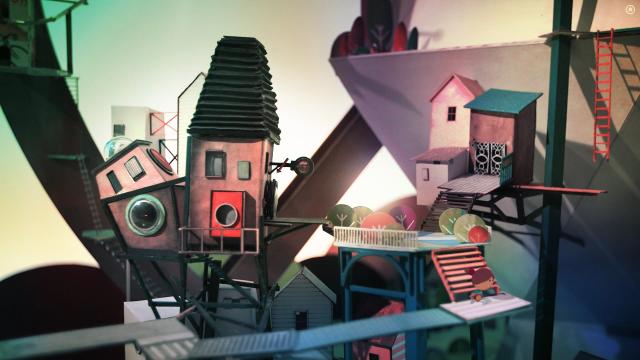 Once you've run along a little and solved your first simple puzzle (which consist of picking a stick up in order to ring a bell), you’re finally introduced to the world of Lumino City - a fantastic City built around a large wheel. The scenery on display (and the world itself) is stunning to behold, so much so that I would frequently stare in awe at the amount of detail put into some of the landscapes.

The entire set of Lumino City was actually created in a studio 8 feet tall, and shot with a 4K camera. As the player moves from scene to scene, the camera pans to the next area within this huge and intricate stage. It’s a simple but elegant solution to creating an adventure game, and one that impresses me every time I boot the game up and see it. Think LittleBigPlanet but with real string and stitching making up Sackboy instead of 3D generated textures and you have Lumino City. It’s truly wonderful to behold. 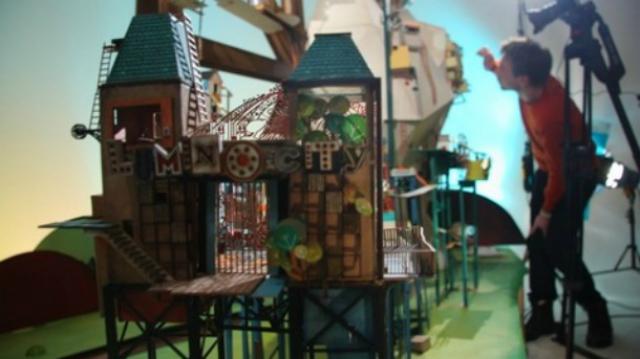 The characters in the world aren't quite as distinguished as the world itself. They are necessary in bringing scenes to life (each has a few lines of dialogue and maybe an item or two that pushes Lumi forwards in this big, beautiful world), but I would have liked it if these characters were more fleshed out and had more than a handful of lines of dialogue each, because outside of Lumi and her granddad it’s hard to get much of a story out of the world's characters.

For as much as I keep harping on about Lumino City's presentation, there is a game in there, and a lengthy one at that. When interviewing the developer at Eurogamer Expo earlier this year, I asked him how long the game was going to be, and was told roughly 8 hours. I dismissed this deep down, as most developers are apt to grossly exaggerate game running times, but it took me over 5 hours to complete the game, much to my surprise, making Lumino City a well-rounded adventure title. 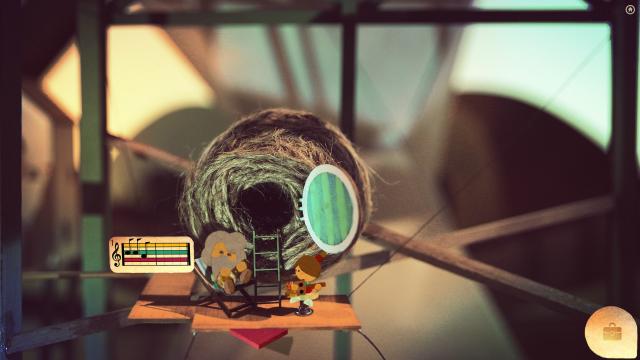 Being an adventure game, puzzles are of course key to the experience. At first I was expecting a fairly linear experience - one which wouldn’t be too difficult to work through and where obstacles would be seen more as traffic lights to progress rather than actual walls - but I was pleasantly surprised to find the puzzles to be extremely difficult at times. Not all of them are good inclusions, however. There was one section where I was stuck for half an hour with a memory game, for example. This puzzle involved having to remember how to play each part of a song. The game makes you play all six parts first (each part has at minimum six notes to remember), then pushes you to play all of them in succession without making any mistakes. Whilst it could certainly be argued that this puzzle had merit and was well-made, I ultimately felt almost forced to write the song down in order to successfully complete it.

Lumino City is a one-of-a-kind game that looks fantastic. Whilst I enjoyed exploring the gorgeously hand-crafted world, I couldn’t help but feel that the gameplay just wasn’t up to snuff at times and should have been better in a number of areas. If you love the look of Lumino City in the images accompanying this review and aren’t looking for much more than a visual feast then I strongly recommend you delve into all that Lumino City has to offer, but if you’re looking for a deep adventure title then you might want to give it a miss.

This review is based on a digital copy of Lumino City for the PC, provided by the publisher. 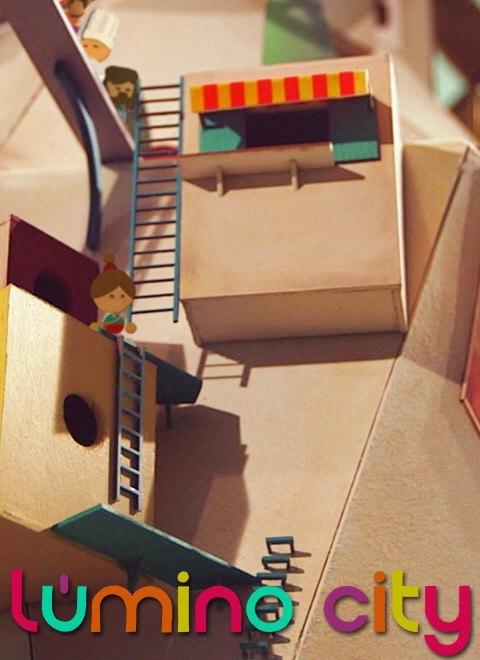