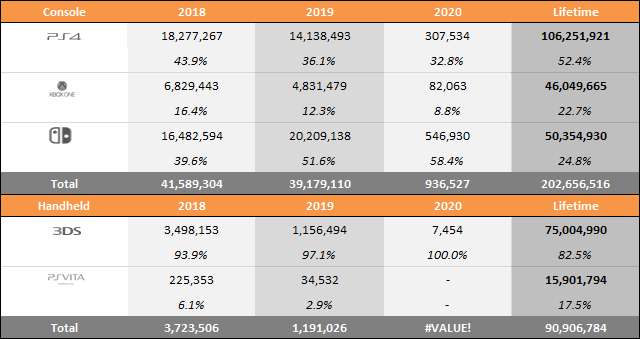 Switch is off to a great start of the year already. And come March, and the gap will start to grow pretty fast compared to last year.

This bodes well for Switch peaking this year, not last year. If it peaks this year, it might just outsell the Wii. If it were to actually end up yet another 25% over last year, Switch would peak above Wii's peak year, in fact, at about 25 million. If it were to plummet by a third after such a peak to 18 million in 2021, then about half to 9 million in 2022, there's your Wii lifetime sales right there, the rest is just gravy.