God of War Ragnarök (PS5) has remained in first place on French charts for week 2, 2023, according to SELL.

One Piece Odyssey (PS5) debuted in second place, while the PlayStation 4 version debuted in fifth place. 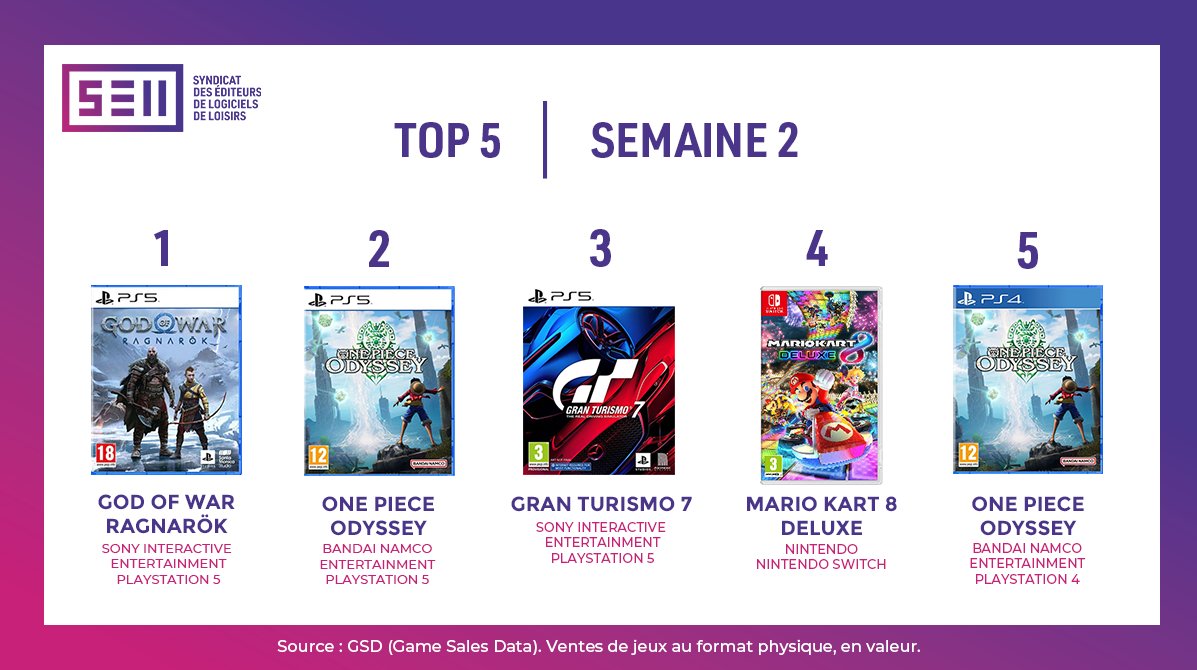 One Piece Odyssey being number one on Xbox is really interesting!