This monthly series compares the aligned sales of the Xbox Series X|S and Xbox 360 in Japan, as well as looking at lifetime original Xbox sales and Xbox One sales. 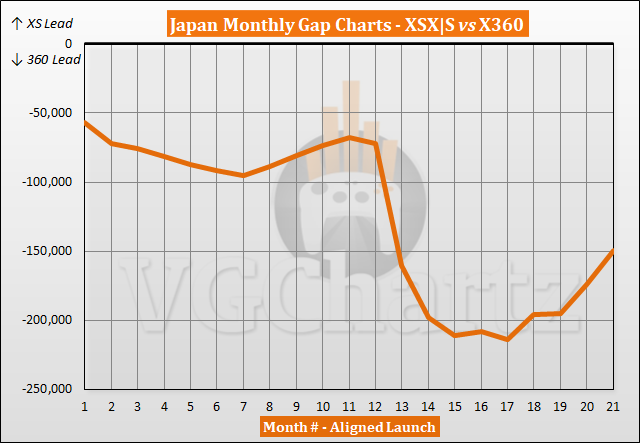 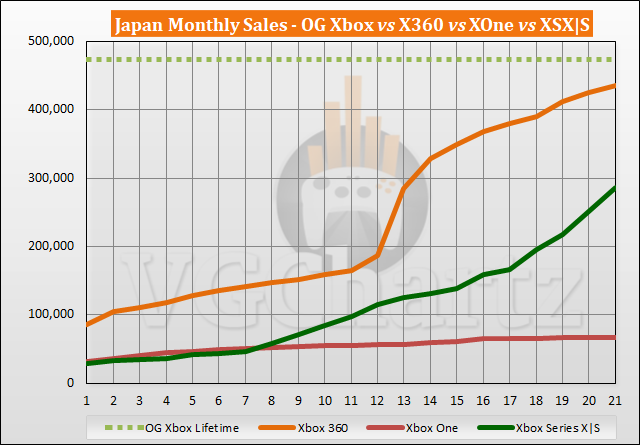 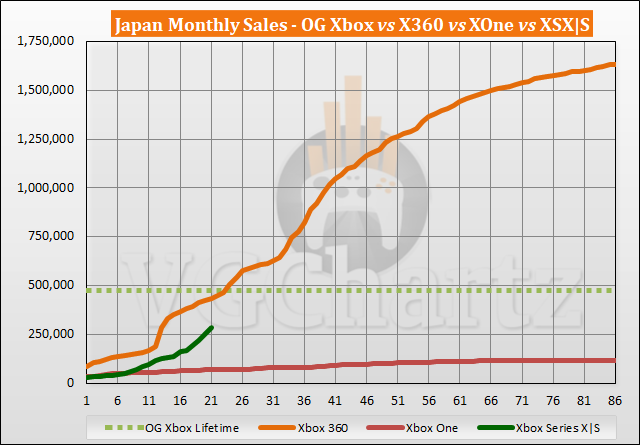 Microsoft should be proud with these numbers

I think they could have a lot of success if they invested in a big title that was in a popular genre in Japan (like they did on the 360 with Blue Dragon, et al), and did a bundle of that game with the Series S. Maybe include several months of Game Pass too, after getting some new popular-in-Japan content added to Game Pass. That might really move the needle for them in Japan.

those xbox one numbers must have been depressing for MS lol

Why would they be depressing? They're the strongest launch a generation of Xbox has had yet. And their business model has moved past being Xbox-focused to include PC, mobile, etc.