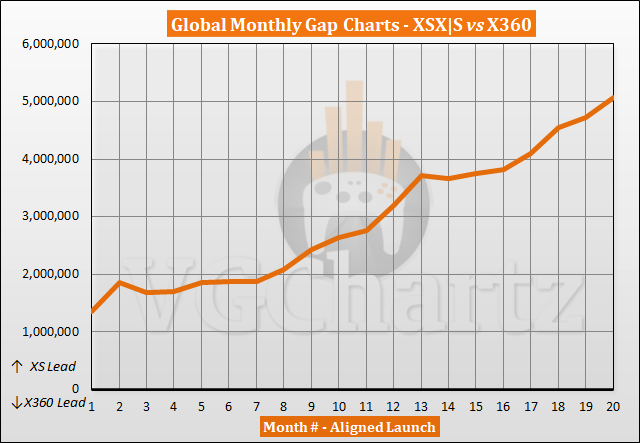 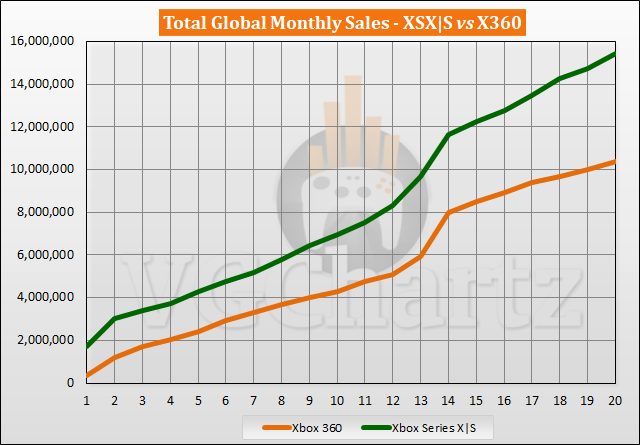 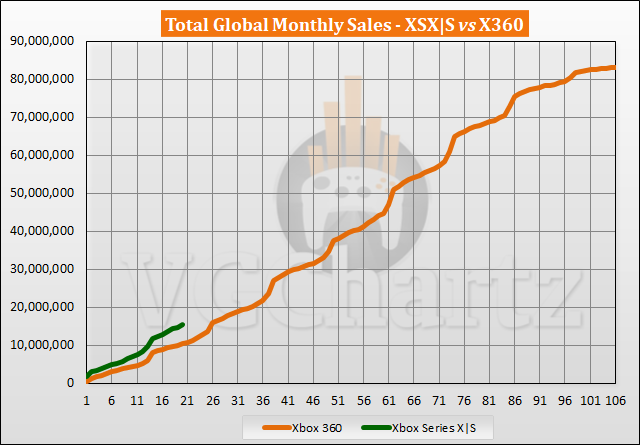 The Xbox 360 did not reach current Xbox Series X|S sales until month 26 where it had sold 15.90 million units.

I'd kind of like to see the og xb and the xbo overlayed on this. to see how they were fairing for the same time. It may not be possible for the og xb but at least we could use the baseline of 24.65m in the overall chart. Its just neat seeing how platforms compete with themselves, not just with the other company platforms all the time.

The Xbox 360 was the top selling console in the US that generation, and yet these sales are 300,000 higher every month. These are massive numbers. Only the PS2 sold more out of the home consoles, that was the generation before when there was little competition. Looks like the first 100 million opportunity for Microsoft. They need to get a massive number of consoles out for the holidays this year though. No more excuses, with the recession there is a lot of supply becoming available.

There is no way xbox can keep this up .