Mario Strikers: Battle League (NS) has remained in first place on the French charts for week 24, 2022, according to SELL.

Mario Kart 8 Deluxe (NS) is down one spot to fourth place, while Minecraft (NS) rounds out the top five. 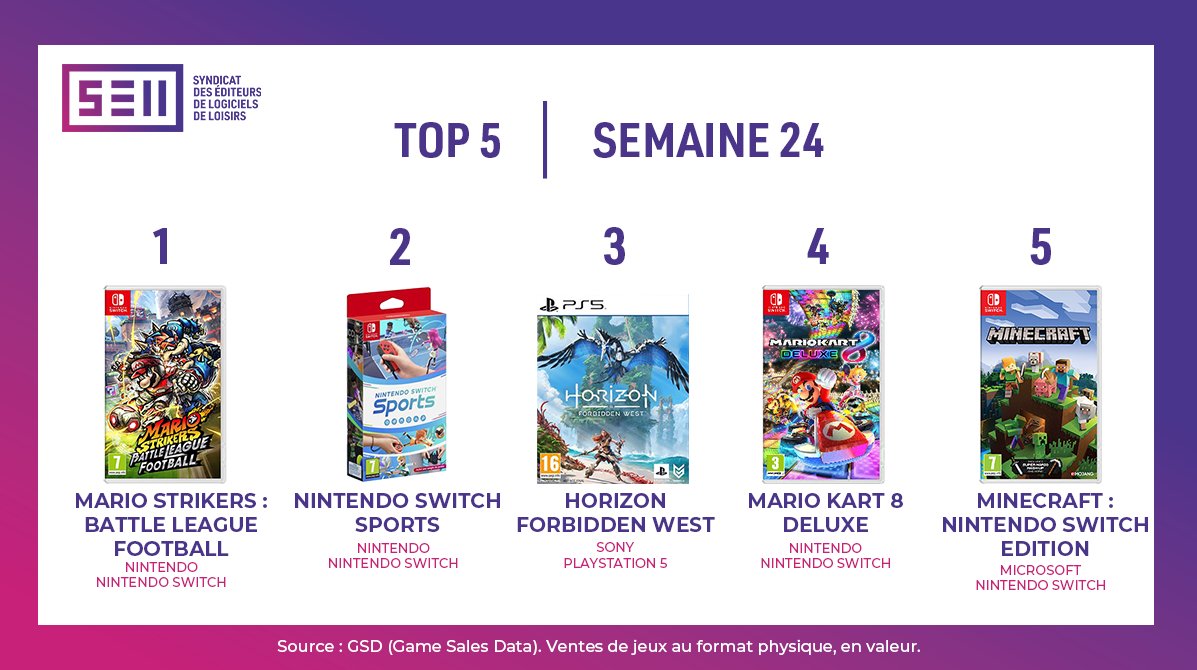