Publisher Interplay Entertainment and developer Black Isle Studios announced Baldur’s Gate: Dark Alliance 2 is getting a re-release this summer with enhanced graphics, up to 4K resolution, and local co-op.

The game will launch for the PlayStation 5, Xbox Series X|S, Nintendo Switch, PlayStation 4, Xbox One, and PC via Steam, Epic Games Store, and GOG.

Based in and around the city of Baldur’s Gate itself, the game features five playable characters and classes and spans dozens of locations. Featuring the ability to create custom weapons and armor, players can improve items by using runestones and gems while playing through the game’s four difficulty levels; “Easy,” “Normal,” “Hard” and “Extreme.”

Whether choosing the barbarian, monk, necromancer, rogue or cleric, players will have to actively fight through hordes of monsters ranging from Hobgoblins, Ghouls, Golems and dreaded Dragons while dodging attacks and evading deadly traps.

All versions of Baldur’s Gate: Dark Alliance II support local co-op play, while the Steam version will support Remote Play for a long-distance co-op experience. Fully verified on Steamdeck, now’s the perfect time to grab an ally or brave Baldur’s Gate on the move and play the sequel that defined a generation.

Have it on OG Xbox.
Will definitely get this for every platform, solid title.

Have it on PS2 and Xbox, triple dip coming. 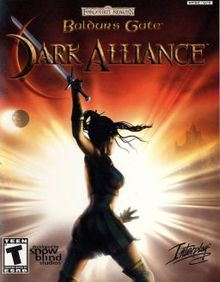