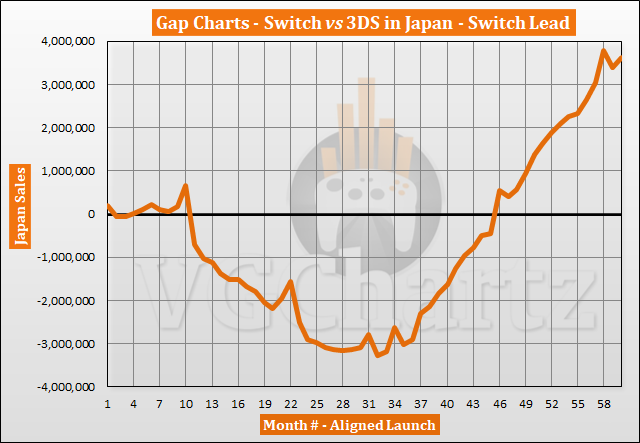 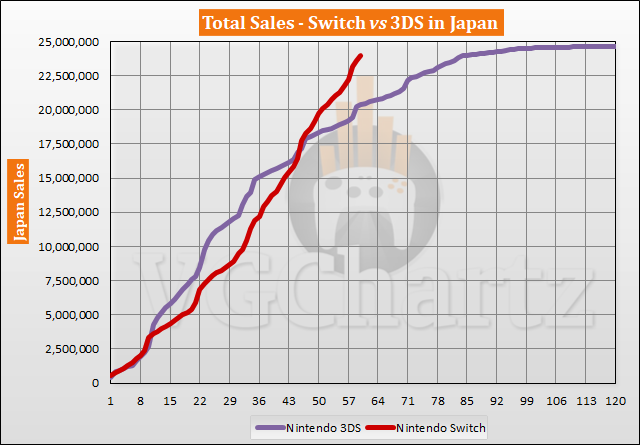 The 60th month for the Switch is February 2022, while for the 3DS it is January 2016. The Switch has sold 23.99 million units, while the 3DS sold 20.37 million units during the same timeframe. The 3DS did not reach current Switch sales until month 86.

But there are still people who say that Switch has to outsell 3DS and Wii U combined. Otherwise it's not a success ^^

That achievement is possible too. Switch can definitely sell another 3 million units after outselling the 3DS in Japan.

NSW outselling 3DS+WiiU combined in Japan is given - just a matter of time. Its basically impossible NSW will not do it. But that graph still would be kind of interesting. :)

Quite cool that by the time we get December Famitsu numbers Switch will have achieved 3DS+Wii U sales in all regions on the vgchartz platform totals.

May charts to be the final ones when Switch overtakes for good?

Probably should have said April. I got hung up on the idea that depending on when reporting for April ends it might lose a couple more days than expected and it wouldn’t convincingly clear until first week of May.

Well, not too long for this to also be over.