Switch vs PS4 in the US Sales Comparison - February 2022 - Sales 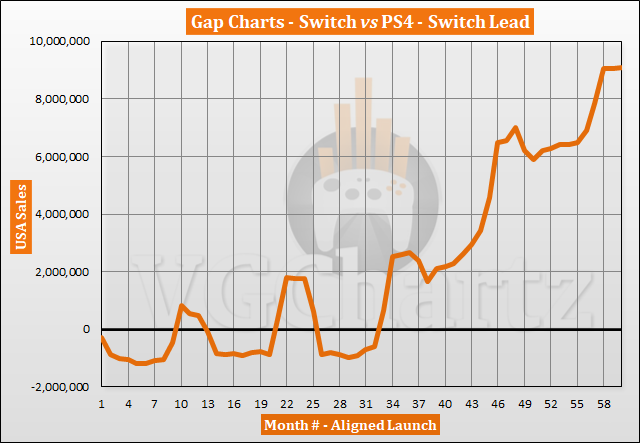 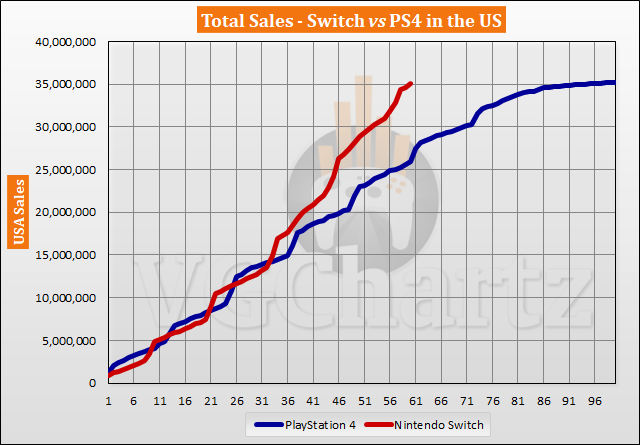 February 2022 is the 60th month that the Nintendo Switch has been available for. During the latest month, the gap in the US grew in favor of the Switch when you align launches by 56,493 units. In the last 12 months, the Switch has grown its lead by 2.11 million units. The Switch currently leads by 9.10 million units.

The PS4 did not reach the current Switch sales until month 99 where it sold a total of 35.18 million units.

The PS4 has been available for 100 months in the US and has sold 35.21 million units. The Switch is currently just 0.19 million units behind the lifetime sales of the PS4.

Looks like this is coming to a close. Switch should surpass it next month without any trouble.

Japan invading the usa and taking all your money! Bring it back to the islands baby!

The Switch has a chance, it seems.

If it weren't for the cliff, Switch would surpass PS4's sales in US :((