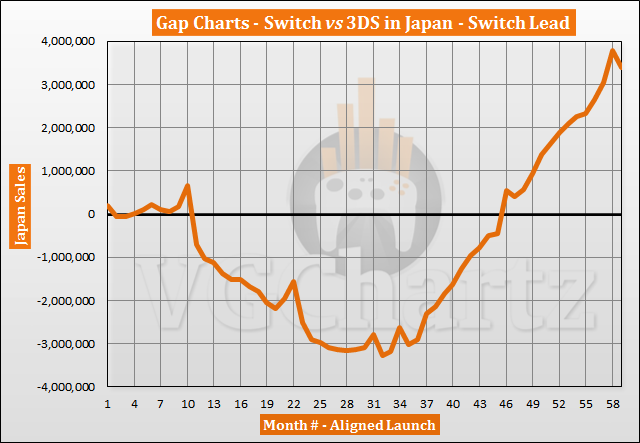 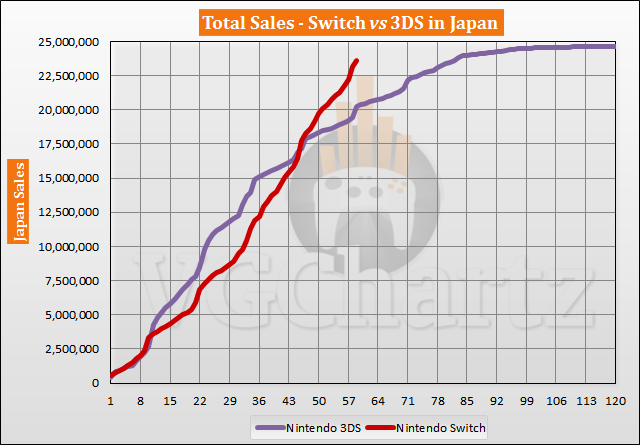 The 59th month for the Switch is January 2022, while for the 3DS it is December 2015. The Switch has sold 23.61 million units, while the 3DS sold 20.22 million units during the same timeframe. The 3DS did not reach current Switch sales until month 83.

The 3DS had so many heavy hitters for the japanese market: two generations of Pokemon, three Youkai Watch, multiple Monster Hunter... And yet the Switch is probably going to outsell it in about a month now. Madness.

It's probably gonna outsell in a few months