Microsoft made a huge splash this week with the announcement it is acquiring Activision Blizzard in a deal worth $68.7 billion. One company some have overlooked in the acquisition is mobile developer King, which is best known for Candy Crush Saga.

Microsoft CEO Satya Nadella speaking in an investors call discussed the acquisition and says it will "significantly expand" Microsoft's presence in the mobile market.

"Together with Activision Blizzard, we have an incredible opportunity to invest and innovate to create the best content, community and cloud for gamers to build substantial new value for our shareholders. It starts with content across the console, PC and mobile," said Nadella.

"Activision Blizzard is home to some of the world’s most legendary games, including billion dollar franchises like Call of Duty, Candy Crush, World of Warcraft. Activision Blizzard’s portfolio adds to our own first-party lineup, from Minecraft to Forza to Halo and the iconic franchises we acquired as part of the acquisition of ZeniMax Media just last year, including Fallout, Doom and Elder Scrolls. 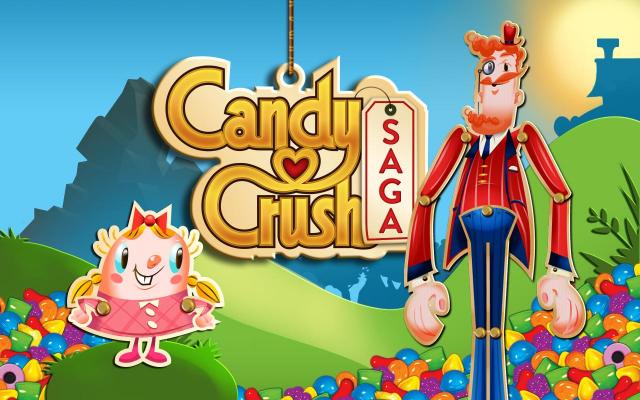 "Critically, this transaction significantly expands our presence in mobile, the largest segment in gaming business. Activision Blizzard’s King division is one of the global leaders in mobile gaming. And we will bring as many Activision Blizzard games as we can to our Game Pass subscription service across the PC, console and mobile, including both new games, as well as games from Activision Blizzard’s incredible catalogue, offering even better value and more choice for our gamers."

Microsoft Gaming CEO Phil Spencer added, "Extending our horizon a bit, this transaction will make our approach to the consumer metaverse even stronger. That’s because our vision of the metaverse is based on intersecting global communities rooted in strong franchises. A big part of that is the fact that mobile is the biggest category of gaming, and it’s an area where we have not had a major presence before. This transaction adds one of the most successful mobile publishers to Microsoft Gaming, and I’m personally looking forward to learning from the innovative teams at King.

"And perhaps most important, we’re looking forward to working with the thousands of talented Activision Blizzard employees with the same approach of proactive inclusion and partnership that we extend to every member of the Microsoft family. We believe firmly that the great teams at Activision Blizzard have their best work in front of them, and we’re looking forward to making sure they feel supported, safe and engaged in every aspect of their work, going forward. That includes respecting the creative vision and identity of individual game studios. We have fundamental values that we refuse to compromise on, and we embrace the vibrant, creative diversity of our industry.

"So, all in all, as we continue our mission to bring the joy and community of gaming to everyone, I couldn’t be more excited about the opportunities presented by coming together with Activision Blizzard."

If you’re looking for some fun while playing online casino slots, try out Big Bass Bonanza at the PowerPlay casino and fish your way to success and some great wins. Click here to check it out.

anybody remember the windows phone?

I wonder if this will lead to another round of back-compat/FPS boosted games? To be added to the back-compat list, the publisher needs to agree. I wonder if Activision Blizzard said "No" to any games that they had in the queue for remastered editions (or whatever), that Microsoft will now over-rule them?

So this is why Nadella backed Spencer on this massive purchase lol totally makes sense from a business perspective.