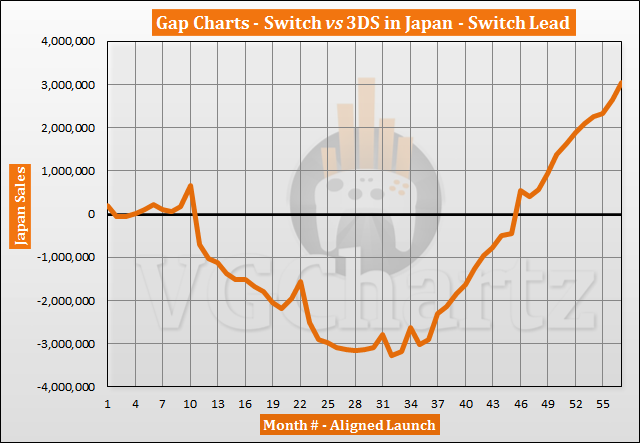 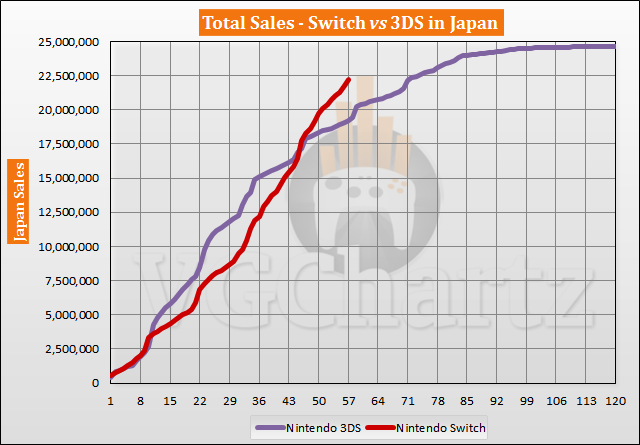 The 57th month for the Switch is November 2021, while for the 3DS it is October 2015. The Switch has sold 22.22 million units, while the 3DS sold 19.18 million units during the same timeframe. The 3DS did not reach current Switch sales until month 72.

The 3DS has sold 24.67 million units lifetime in Japan through November 2021. The Switch is currently 2.45 million units behind the lifetime sales of the 3DS.

nobody could have predicted the switch passing the 3DS in Japan, now the DS is going to get passed too.

Switch is definitely on it's way to 30+ millions

This year Switch will pass 3DS lifetime sales in Japan.

Besides the mega-successes PS2 and DS, the Switch can beat everything.

The switch will definitely win