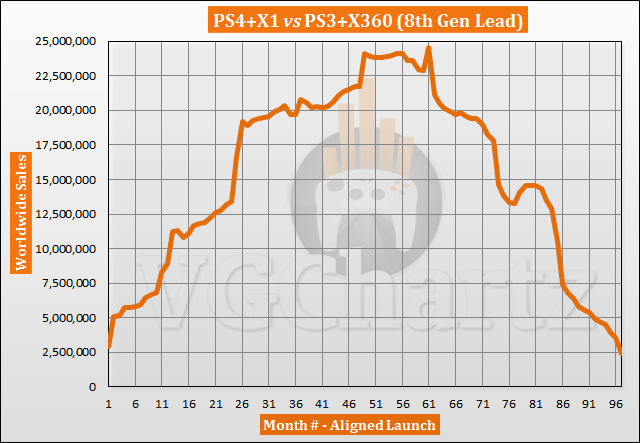 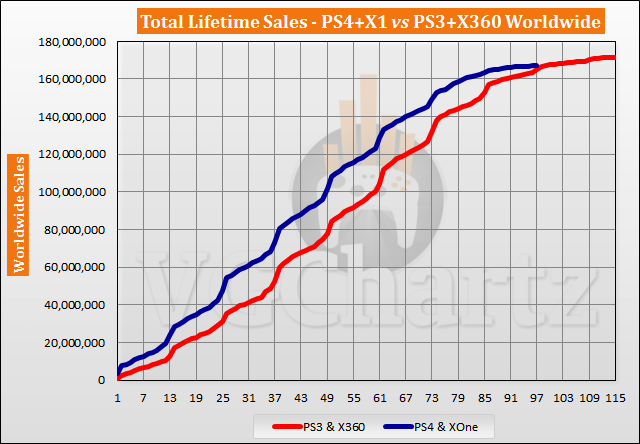 7th gen winning is at the end.. what a plot twist

The 7th generation sold an insane amount of hardware. PS3, X360, Wii, and DS sold a combined 429 million units! Idk if a generation will ever be that successful again. Especially if Nintendo never goes back to the dedicated handheld and dedicated home console business model.

Sony and Nintendo aren’t interested in multiple product segments anymore and hardware costs are just containing to go up. I also don’t believe the console business model has demonstrated long term viability outside of high income markets like Japan and the West.

Which is to say I think 7th gen was probably peak console. The West and Japan aren’t growth markets anymore and the games industry in the developing world is centered around inexpensive mobile phones and PC games that can be played on Internet cafe PCs.

While hardware and software sales give us info that while entwined also supplies important data specific to each, I personally feel a consoles software sales are a better indicator of a gen's health but that's just me.

Switch Lite is a dedicated handheld with a shared games library.

Of course, I much prefer the way Nintendo is handling their games and systems now!

I'm completely with you.

PSP sold about 80 million too.

Oh that's right! That means there were half a billion units of gaming hardware sold throughout the seventh generation. Unreal

A trampoline at the bottom of the cliff is very unlikely ^^

Is it a constant hardware decrease between PS2/XB, PS3/X360 and PS4/XBONE?

7th gen was a pretty big leap over 6th gen, in large part because of Microsoft and Nintendo dramatically outselling the Xbox and Gamecube, which more than made up for the falloff from PS2 to PS3.

PS4 and X1 Out of steam. the shortage is based on the bad performance of the X1 disappointing sales

Yes the PS4 couldn't shoulder all the sales difference , but the impact of the covid enhanced need to move assembly lines from PS4 across to PS5 can be seen when looking at the top of the graph.

There is a good chance that PS5 and Series consoles cannibalized the end of gen sales with the full backward compat... Even last gen consoles are hard to find these days.

Ironically, buying an Xbox One S right now (if you find it cheap enough) actually makes a lot of sense. You get a UHD disc player, back-compat with some 6th and 7th gen games, the ability to install 8th-gen games, and the ability to stream many 9th-gen games via Game Pass. That's a pretty impressive package for an inexpensive console. But even to the degree that the One S is still desirable for those reasons, there are probably enough second-hand ones out there to keep sales low.

As for the PS4, perhaps for the first time it's arguably not as desirable as the One S, due to the lack of UHD disc playback and the lack of 9th-gen streaming.

But I don't think Sony or Microsoft are even manufacturing many PS4 or One S systems anymore, anyway.

Is there even anybody out there interested und UHD movies on disc anymore? I certainly don't know anybody. Most of them are streaming their movies and series and the rest is totally fine with HD blurays.
Also I think it is kind of schizophrenic arguing on one hand with physical UHD movies and on the other hand with game streaming. People who care enough for physical media are for 99% completely uninterested in streaming.

When it comes to games, those that buy physical media are generally not very interested in streaming. But the reverse doesn't seem to be true, the people who prefer buying movies on disc do seem willing to supplement with streaming.