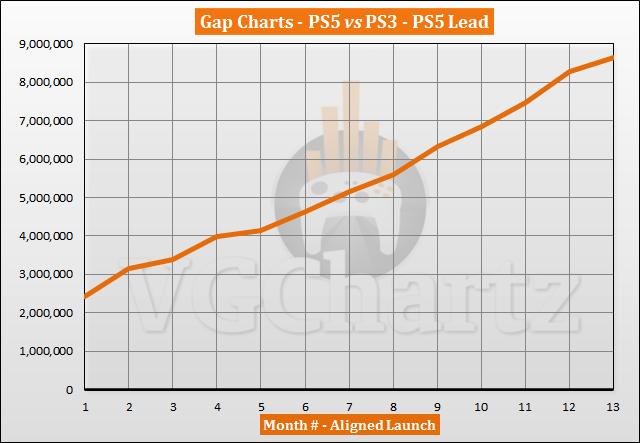 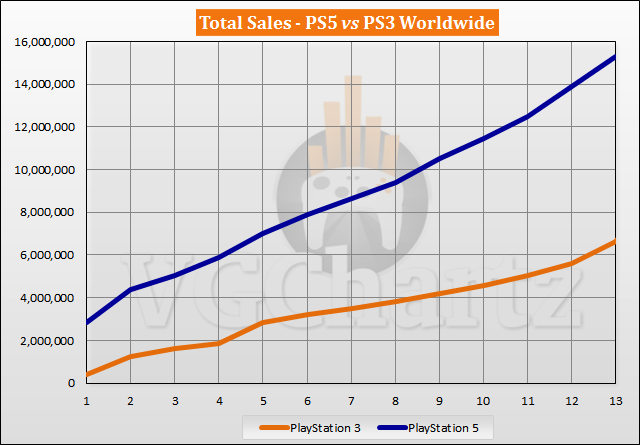 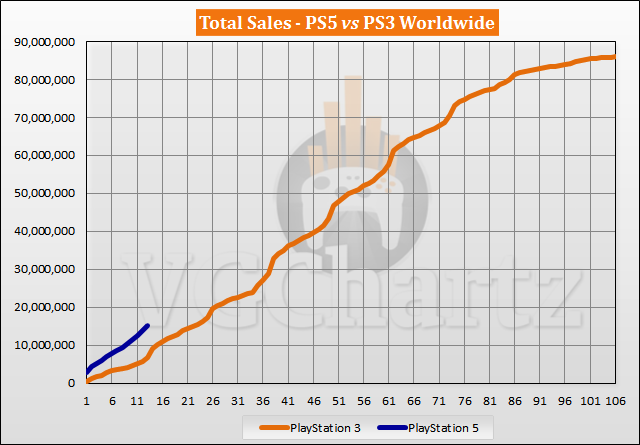 The PlayStation 3 did not reach current PlayStation 5 sales until month 23 where it had sold 15.54 million units.

not much of a contest here, PS3 to expensive PS5 super high demand, same price as main competition.

Not to mention, two completely different eras and consumer bases. The industry is so much larger now than it was in 2006.

I'm not entirely sold on that. You'd pretty much have to assume that XBSS would then be $399. People would have a harder time justifying either console vs the PS5's. If XBSS stayed at $299, it would take a lot more attention away from the XBSX at $599.
Now if both PS5 and XBSX were $599, I think XBSX would then suffer even more because of XBSS. $399 would be the budget console and would get way more attention than it has this year. If XBSS was $299, then XBSX would be a far tougher sale, considering XBSS can be made far more available.