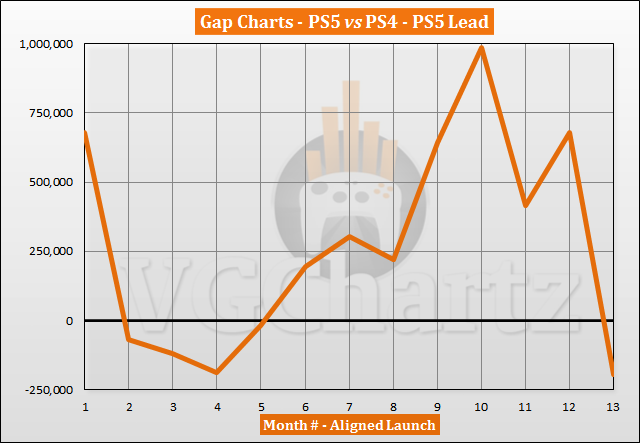 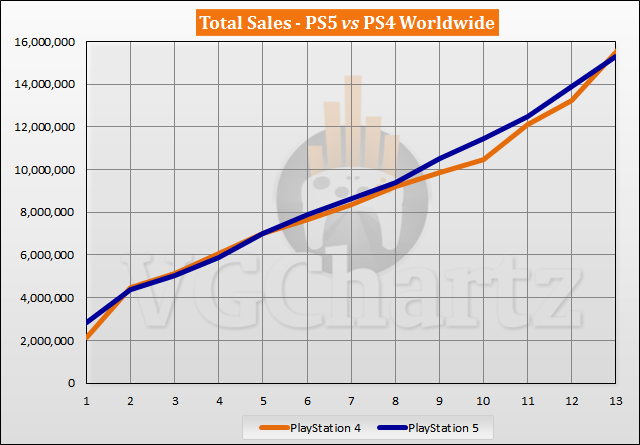 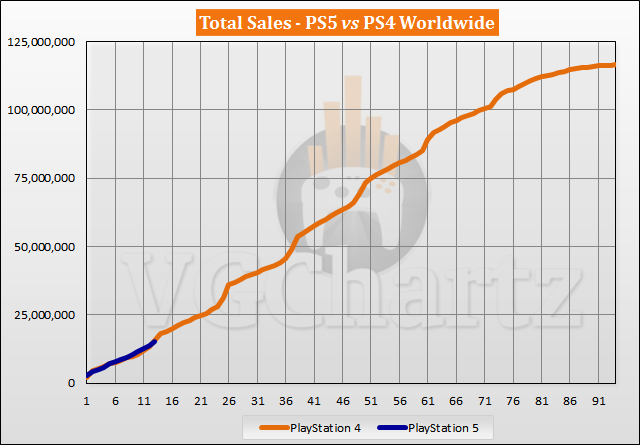 PS4 is only a hair ahead because of PS5 shortages. PS5 has higher demand.

I think the ps4 lead will grow for now

It's a way to put the perspective of one console vs the other one. The PS5 leads the chartz but now with negative numbers.

Even with the shortages, that's really disappointing numbers.
The Xbox Series (Series X anyway) is experiencing shortages and that is WELL ahead of the Xbox One. In fact, the Xbox Series has already topped it in every region outside the US.

The PS4 was already a successful console whilst the Xbone, well, is not a good comparison.
The series S for $299 sure helped them. Tho, the difference at the end of this year won’t be that big between Xbox Series and Xbone.

It's easier to produce enough consoles to be ahead of the XBO that sold 8.8m by this point than the PS4 that sold 15.4m.... I don't really understand your point. Because XSX is ahead of XBO with shortages, PS5 should be able to be ahead of PS4? That doesn't make sense.

PS5 was ahead of the PS4 launch aligned until BF week, the week that BOTH PS5 and XSX got decimated by their predecessors. With the current world situation it just isn't possible to produce enough units for the holiday months for either PS5 or Xbox. Though Series S helped Xbox somewhat.

My point is that Sony didn't think PS5 would do as well as PS4, which is what I find disappointing. The goal should be to do better than what you did before, to top the bar you set before. You can bring up hardware shortages all you want, but that hasn't stopped Microsoft from already topping the Xbox One, that hasn't stopped Nintendo from producing more Switches in a year than PS5/XSXS combined. It shouldn't have stopped the PS5 from being ahead of the PS4 because Sony should have expected and believed that the PS5 would do better right from the start.

No, Sony expected PS5 to do better than PS4. They forecasted PS5 to ship more than PS4, a forecast they have yet to amend. So this is wrong.

Ok, that I understand.