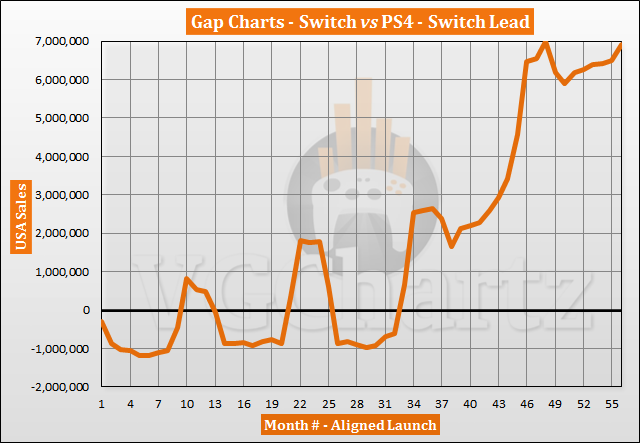 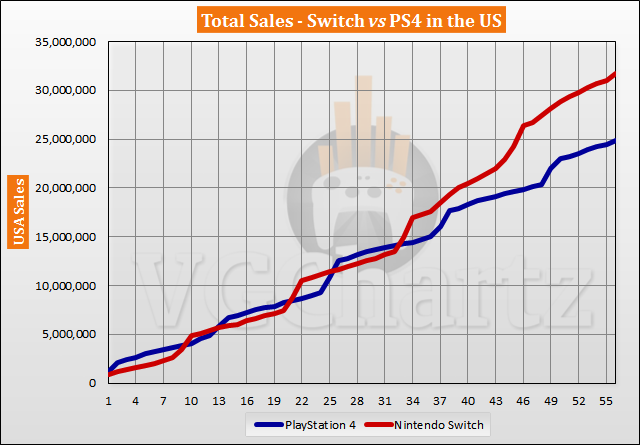 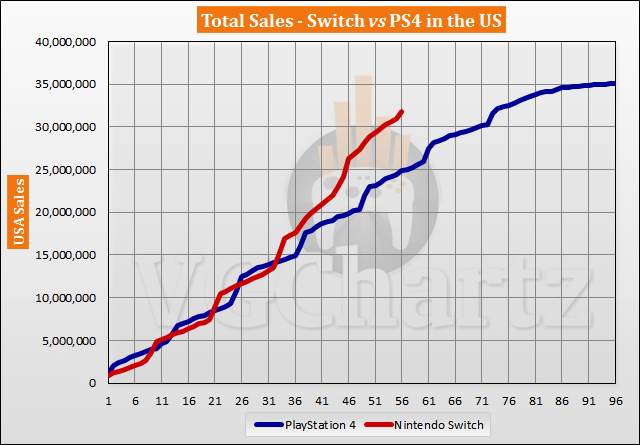 The PS4 did not reach the current Switch sales until month 74 where it sold a total of 32.18 million units.

The PS4 has been available for 96 months in the US and has sold 35.07 million units. The Switch is currently 3.32 million units behind the lifetime sales of the PS4.

Switch has a huge lead considering its up against the PS4 which was wildly successful, wow. 18 month lead and that's WITH the PS4 having 5 holiday seasons for its first 56 months while the Switch only had 4 up to this point. Switch will likely outsell PS4 in the U.S by the end of this year.

Is this the biggest lead the Switch has ever had?

It's not gonna stop growing.