Switch vs Wii Sales Comparison in the US - October 2021 - Sales 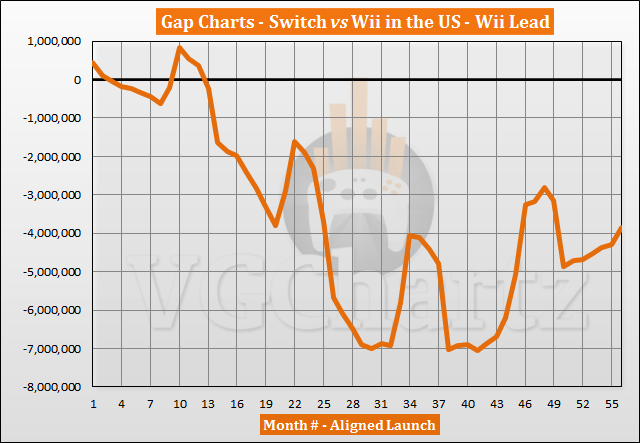 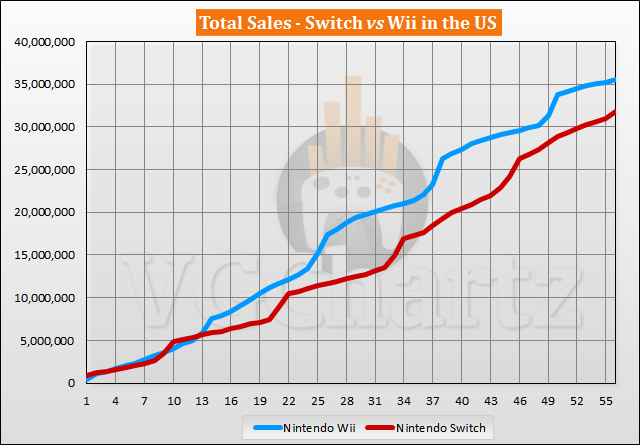 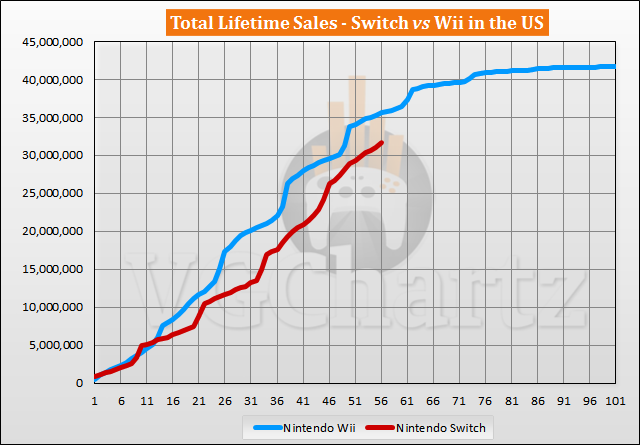 The 56th month for the Nintendo Switch is October 2021 and for the Wii it is June 2011. The Switch has sold 31.75 million units, while the Wii sold 35.60 million units during the same timeframe. The Wii sold current Switch sales in month 51.

The Wii sold 41.70 million units in the US during its lifetime. The Switch needs to sell another 9.95 million units to outsell the Wii.

With it's way better legs the Switch will have no issue outselling the Wii in the US.

Switch will outsell Wii in the US in about a year.