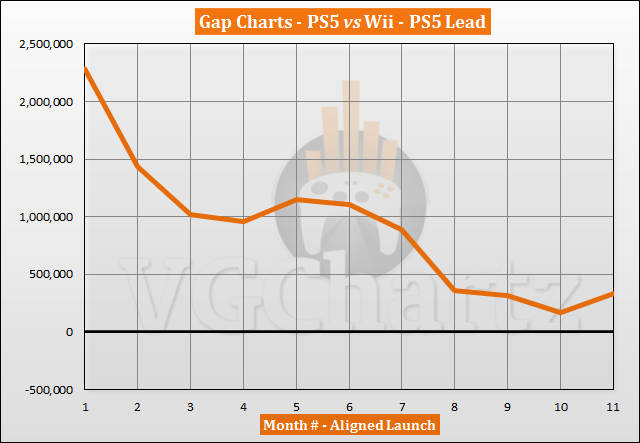 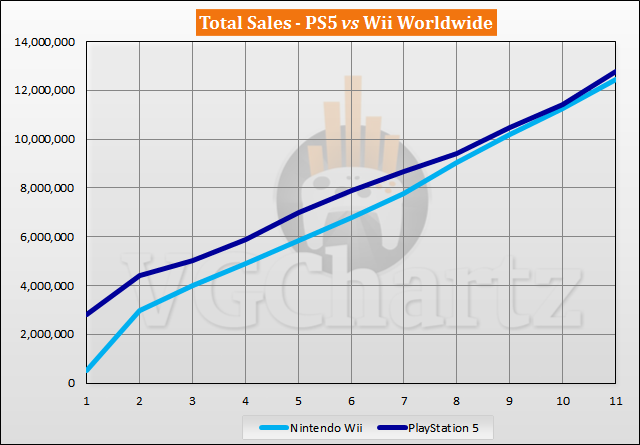 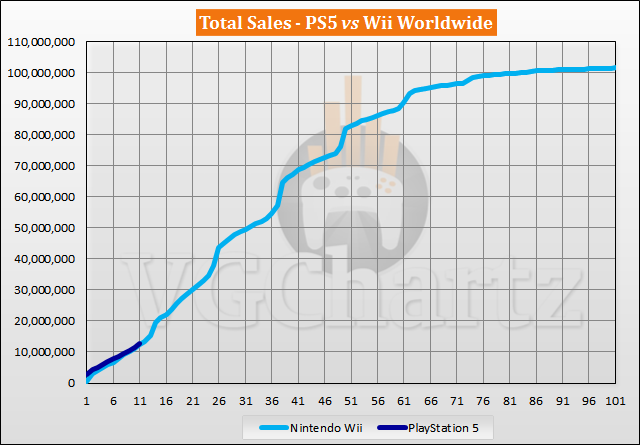 PS5 will pull ahead permanently month 67, mark my words!

It could do so in month 56 already.

Not necessary. Due to limited qualities and the copper shortage, these sculpers are buying and selling them long term and slowly. Plenty of sculpers still have full warehouses so the stock hasnt actually sold, it just moved warehouse but still counts as a sale.

Actually no i don't think they would have sold out that fast at launch. Let me explain why. Sculpers are still trying to sell their current stock and we can assume its more than a small portion. 1 guy in England has brought 36,000 PS5s.. just 1 guy, you can imagine what the other sculpers would have sculped, we are probably talking about in the millions now.

Do you remember when the PS5 and Series X opened up the Preorders for the very first time and shortly after everyone was complaining that they couldn't buy these systems at launch.. that's because of the Automated Bots which can process orders quicker than a human, cleaning out the stock as fast as possible, unless you were extremely lucky. The sculping situation got so bad that retailers had to actually close the preorders for these systems to avoid them getting snag by bots.

Now look at the libraries these consoles launched with, not exactly much to play for an expensive console, heck even the Series X even sold out and it was relying on last gen content for its entire launch. The Steam Deck has sold out and the system isn't even out yet. That's all thanks to sculpers.

The point i am trying to make out of all this is if you add up all these issues and combine them. You will see why these systems flew off the shelves. Their are articles on the PS5 saying its software is struggling to sell due to Scuplers, and that's due to many customers not having the systems, because Sculpers don't buy the software. You cannot sell software when you have consoles sitting in sheds.

All of this is is nonsense and the data says otherwise, especially with the scalpers thing.

Still impressive that Wii held the pace with sales.
PS5 storms all over the data. Both great consoles.

It seems to me that ps5 has dropped 200k somehow, was there an adjustment?