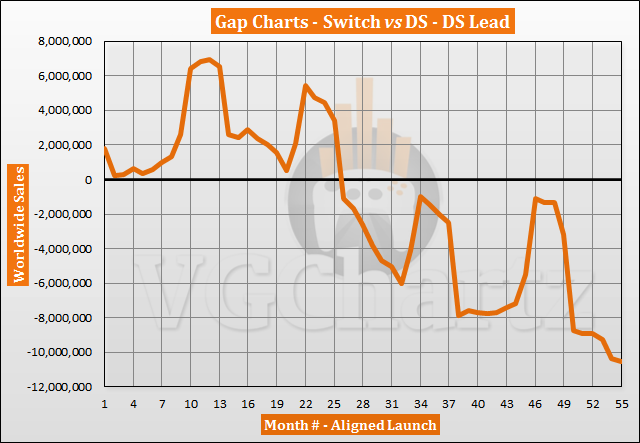 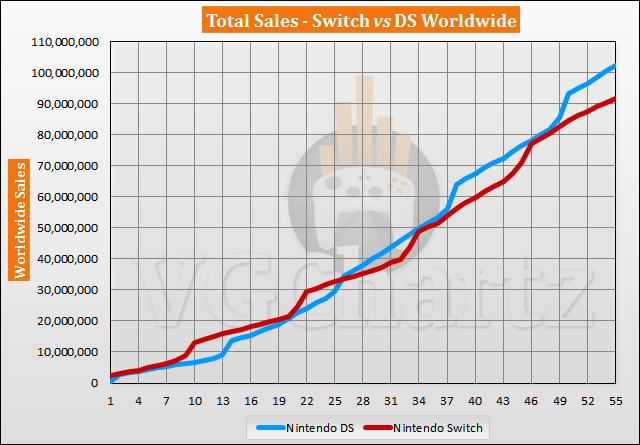 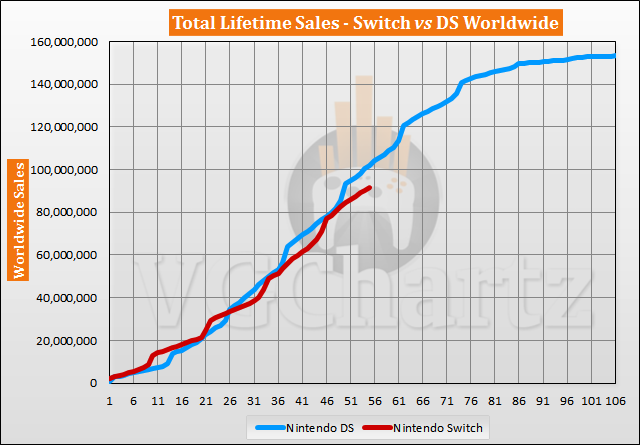 September 2021 is the 55th month that the Nintendo Switch has been available for. During the latest month, the gap grew in favor of the DS by 137,117 units when compared to the Switch during the same timeframe. In the last 12 months, the DS has outsold the Switch by 3.10 million units. The DS is ahead of the Switch by 10.51 million units.

Switch will start to make up ground after DS's 2009 holiday. Question is, will it be enough

In October the Switch should close the gap by a bit again.

In June 2009 DS was pulling 370k per week on average, July - 430k (Dragon Quest IX + red DSi). Switch would have to keep selling well over 400k per week from now on till black Friday week, to have any hope of closing that gap.

It's about the average, with that high first week the Switch can afford being a bit lower for the other weeks or alot lower in one of them.

Last big fight before we know the winner for sure.

It's amazing how close the Switch is, given the extraordinary performance of the DS. Yet the Switch is currently at peak momentum and still outperformed. So I don't think it can reach DS in the end. But as it stands, it will not too far away. Maybe 130-140M lifetime?

I think it has a fair chance of doing so since Switch's curve is peaking pretty late in its lifecycle. Unless they replace it next year, i feel like the Switch has a decent chance.

Hopefully we'll get there

Last month people were waiting for the Switch Oled and numbers went a little bit down. Will be interesting to see next months. We have Oled launch, Pokemon and Holidays...I think Switch will close the gap.

Yeah, DS will start to falter a bit next year, with sales going down to 20M. If Switch can keep up or even outsell the DS next year, it has a very decent shot at outselling it, as the year after the DS drops like a rock to 8M and then even just 3M the year after, so 32M total (rounded up) over the next 3 years.

32M, that should be more than achievable for the Switch, especially with the new OLED version having been pretty well received so far. The big question is if the current 10M+ gap will be too much to overcome or not, but I believe it should be doable to close that gap also over the next 3 years and sell about the 42M that's needed to catch up to the DS in that timespan.

Yea, unless Nintendo starts talking about the successor i feel like next year there is 0 chance of Switch selling under 20 millions with the lineup they are preparing and the fact it will be the first whole year with the OLED. Still crazy Switch is a release price. Feel like price cut for Lite and basic model will be mandatory next year.

To me, Switch clearly has a chance of outselling the DS. It will only depend how soon the successor comes.