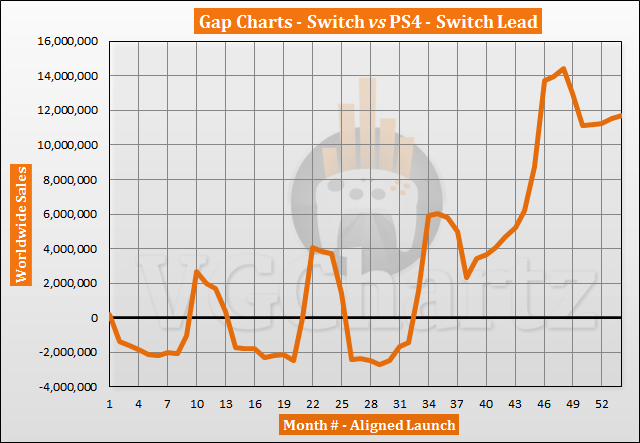 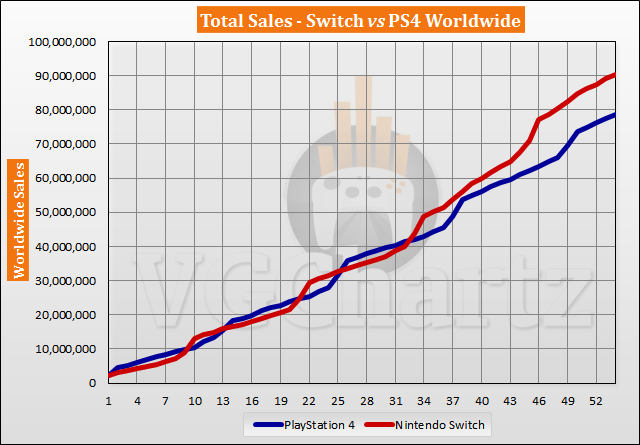 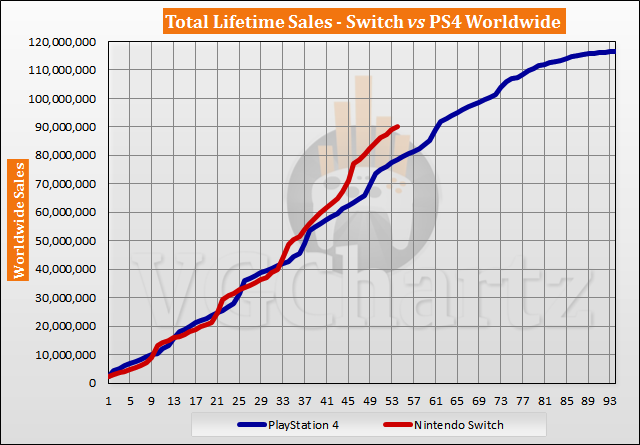 So obviously the switch will win this one. Only competition is DS and PS2

Sooo, at this point Switch has basically the next holiday season for PS4 in the bag without even it's own holiday. After that PS4 start to seriously slow down. So even if Switch is slowing down as well now, it should sail past PS4 lifetime.

Just like to point out that the majority of next gen games work on PC, PS5 or Xbox. So the actual available audience for next gen games is actually much higher than Switch. That's why we need a next gen Nintendo home console, so all my games can be on one device.

I don't understand the message. All next gen games work on PS5 and XSX, otherwise the concept of next gen games becomes meaningless. I guess you meant PS4 and One.

Apart from that, don't expect a new console from Nintendo just to catch up with next gen games. Stopping prioritizing their exclusive games is an unworkable strategy for the company.

I agree with Greenfox and I can't see a next gen Nintendo home console after Switch success. Only way is a Switch 2 Home Console Edition (something like that).

Good thing is that if we get a Switch 2 around 2024/25, we should se a release of most third party games we've lost on Switch lately.

I feel like there’s going to be potential in a couple of years for there to be a Nintendo tablet that compares very well to the PS4 Pro for GPU performance and RAM capacity. With a 5nm ARM CPU they could get something comparable to Xbox Series S CPU.

I would be confident that most games that run on an Xbox Series S will be able to be ported to a Switch 2 with only small compromises in visual quality.

Obviously a Nintendo home console would be more powerful, but I don’t think sticking with a handheld tablet will have much affect on what games are brought to it.

If anything demand for a new Nintendo home console is so unproven that developers would be hesitant to bring big games to it in case its another system that sells under 20 million.