Switch vs Wii Sales Comparison in the US – July 2021 - Sales 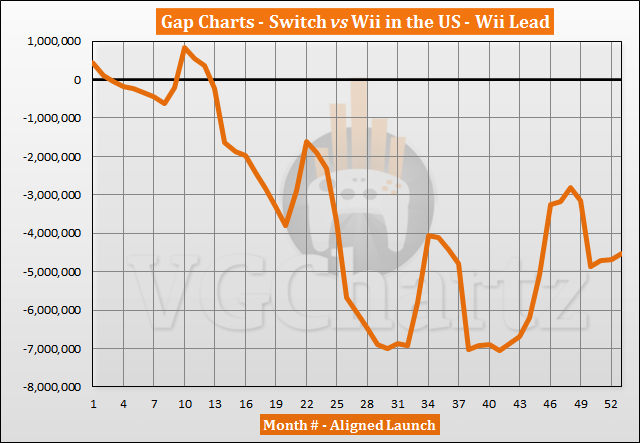 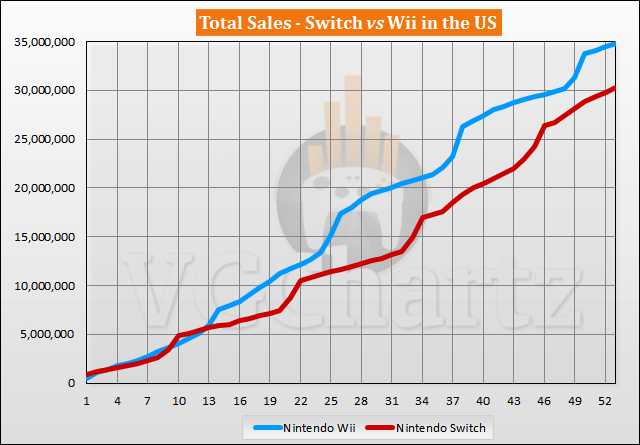 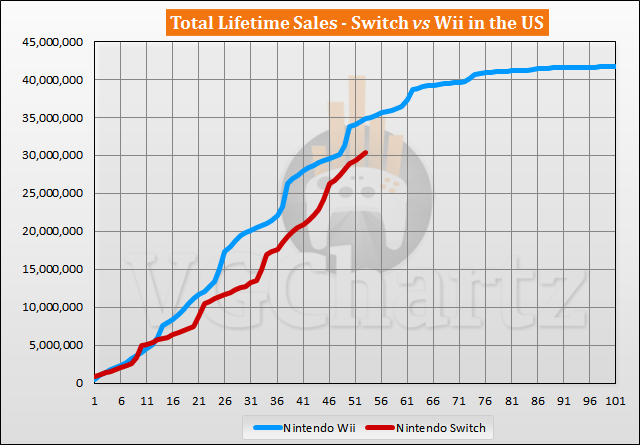 The 53rd month for the Nintendo Switch is July 2021 and for the Wii it is March 2011. The Switch has sold 30.31 million units, while the Wii sold 34.83 million units during the same timeframe. The Wii sold current Switch sales in month 49.

The Wii sold 41.70 million units in the US during its lifetime. The Switch needs to sell another 11.39 million units to outsell the Wii.

Switch needs to sell another 37% more than it has sold to top the Wii's total.

I can see Switch selling another 50% more, hitting 45.47 million with no problem.

Wii sales are starting to falter while the Switch still thrives. After the holiday season, the Wii will be finished, as it basically stops selling at that point.

This may end up pretty close. Wii has one decent holiday period left, but fizzles out after that. If Switch holds on a bit longer, this may become pretty close in the end.

I don't think they will finish so close to each other. Switch will be very close to Wii this Christmas, and the first one has much more life left in it than the second one.