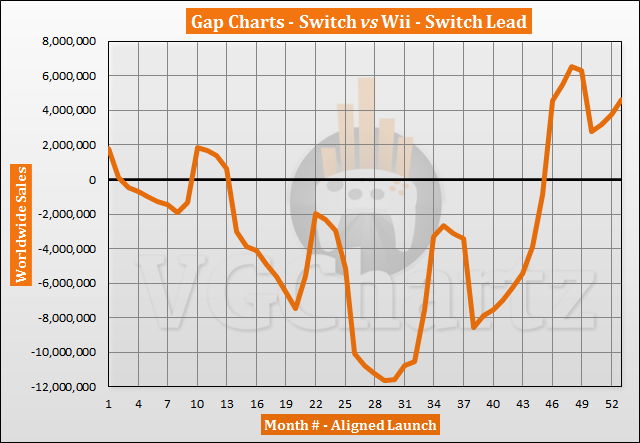 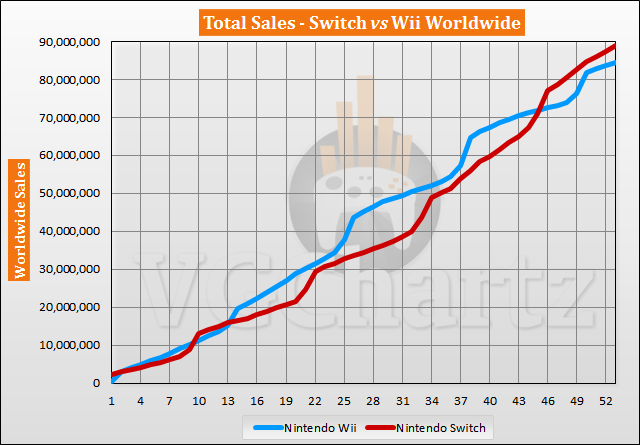 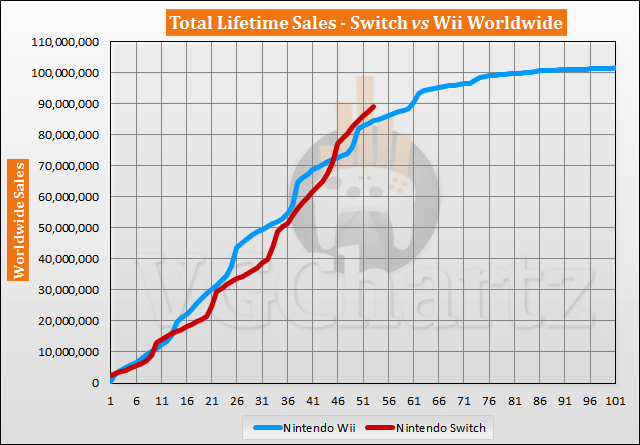 The 53rd month for the Nintendo Switch is July 2021 and for the Wii it is March 2011. The Switch has sold 89.04 million units, while the Wii sold 84.39 million units during the same timeframe. The Wii reached current Switch sales in month 61 where it sold 90.21 million units.

The Wii sold 101.63 million units worldwide during its lifetime. The Switch needs to sell another 12.49 million units to outsell the Wii.

Just a matter of time

Yeah. By the end of the year for sure.

All this means is that the cliff has been delayed.