Switch vs Wii Sales Comparison in the US – June 2021 - Sales 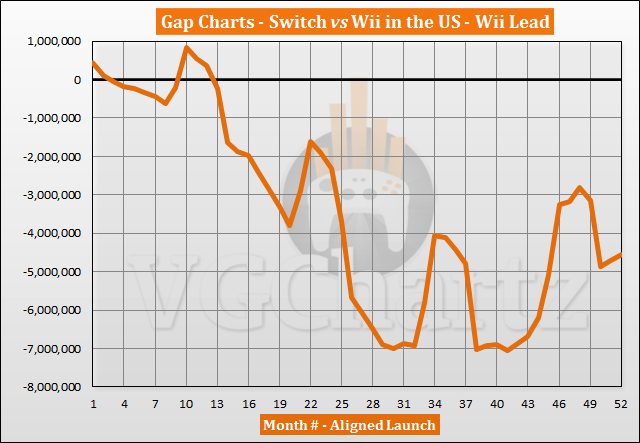 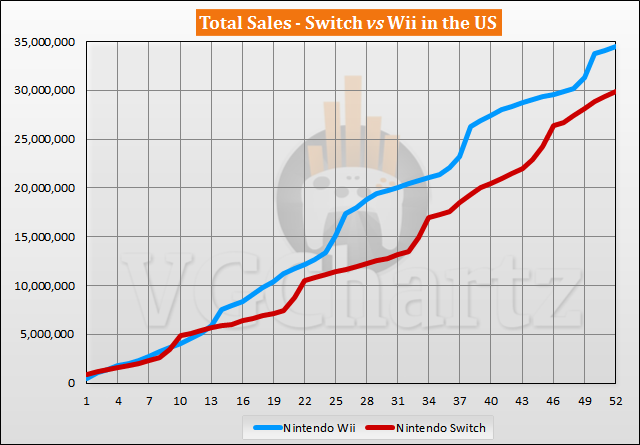 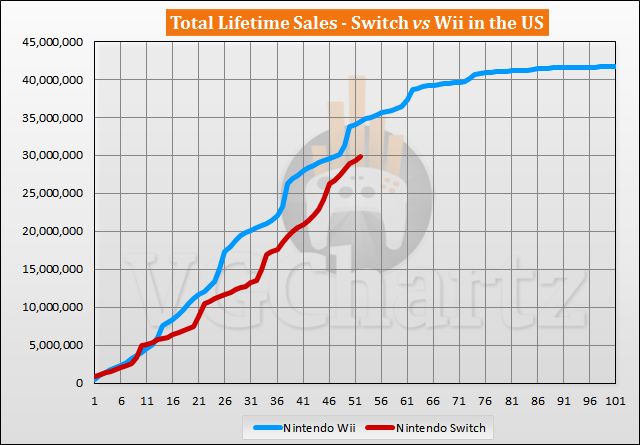 The 52nd month for the Nintendo Switch is June 2021 and for the Wii it is February 2011. The Switch has sold 29.91 million units, while the Wii sold 34.47 million units during the same timeframe. The Wii sold current Switch sales in month 48.

The Wii sold 41.70 million units in the US during its lifetime. The Switch needs to sell another 11.79 million units to outsell the Wii.

If (most likely when at this point) the Switch tops the Wii I'll do a comparison to the Xbox 360 as it sold 45.1 million in the US, then after that the DS with its 52.8 million sold in the US.

Only problem for Switch is Europe. Other region is growing fast too. East Asia, Americas, Other Regions will be more presence of Nintendo.

you can start making this comparison more like when switch is very close to the Wii's 41.70M. Not waiting till pass it. Maybe when it reaches 40M or something like that which should be by the end of next year.

Switch can beat Wii here, as Wii is slowing down (holidays for Switch were bigger last time). So if Switch retains somewhat of it's momentum, it may close the gap.

Looks like Switch will only need another year and a half to overtake Wii in the US.
Great to see Nintendo being very successful in North America again.

Only Wiiu and Gamecube don't have strong presence in US.

Ha true. USA has always been good to Nintendo since the NES days.
USA pretty much kept the Nintendo home console business afloat during the Gamecube days. That could have been a disaster without the support of North American gamers.

a shame for the gamecube, so many great games.