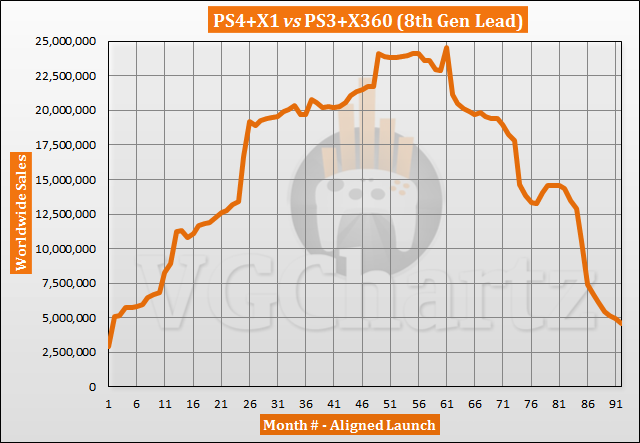 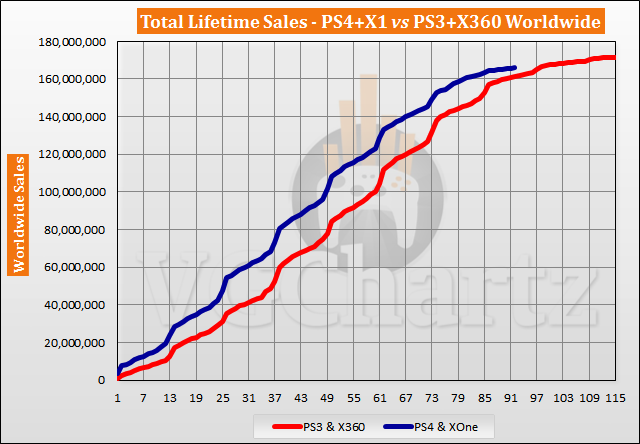 You can really tell how the half gen (pro) consoles helped during the middle of this generation but I think it is a bit telling of things to come that overall both generations were almost flat. If someone guessed the PS5/seriesX gen would sell ~180 million + 5% as the upper bound they would probably be pretty dead on

X360 sold well, one of my all time favorites. (PS2 favorite of all time)